Power means the ability to influence the behaviour and thinking of people or groups of people. Power arises from social structures. This happens on an everyday level in all sorts of social relations (work, family, friendship etc.). The means of exercising power are usually linked to language, nationality, family structures, social class, geographical place etc. In order to free oneself from these structures, it needs a fundamental confrontation with one’s own identity. However, it seems impossible to escape power altogether.
It is not only attractive to evade power, but also to exercise it. Why is it, that woman / man strives for it?
Art finds itself in an ambiguous position. Art is being instrumentalized as an expression of power. On the other hand, art provides a platform for a critical appraisal of power structures – beyond traditional discourses. There is a paradox here, when those in power acquire art works, which are critical of power. But how far does the art’s influence reach? Has it any real impact on social structures?
FRIDAY ISLAND dares to pose the question, whether » free art « is a contradiction in itself.

A Possible Enjoyment of Power // Oliver Augst, Alexandre Bellenger & Marek Jason Isleib (FR)
What does power actually mean and give to the one who can enjoy it? What does it not permit to the one who is lacking it? Oliver Augst, Alexandre Bellenger and Marek Jason Isleib, questioning the famous dialectic of the master and the slave (Hegel), will show on stage, relying on Hegel’s dialectic and Jacques Lacan’s reading of it, that they are different positions a subject can take regarding power and the use and enjoyment of it.

(Bio)
Oliver Augst is a composer, singer and author of radio plays. He has been active for nearly three decades in the fields of cd production, radio plays and live creations and theatre production with various ensembles. He has got an international stage experience including collaborations with Blixa Bargeld (Germany), Raymond Pettibon (USA) or Keiji Haino (Japan).
He is the co-founder and musical director of “Utopie Station” at the national theater of Mannheim. In 2017, he is developing some new projects including CHANTE FRANCE!, which is a trio playing strangely reviewed covers of “chansons françaises”.

Alexandre Bellenger was born in 1975 in Créteil, France. He started by doing the clown when he was 5. He entered the music creation as a singer and guitarist in grunge bands before getting interest in experimental music. He has given over 500 concerts in France and Europe.
He has played on stage or recorded with internationally renown musicians such as Noël Akchoté, Otomo Yoshihide, Rüdiger Carl, Jean-François Pauvros. He is the creator of the free art magazine MY PRECIOUS TRASH with which he has collaborated with the brand LEVI’S VINTAGE CLOTHING in 2001.

Marek Jason Isleib was born in 1968 in Berlin. He graduated from the Royal Conservatory in The Hague / The Netherlands as a Classical and Modern dancer in 1990. He has worked professionally for 25 years in The Netherlands and Germany in the field of classical ballet, modern dance and improvisation (Komische Oper Berlin, Scapino Ballet Rotterdam, Nederlandse Opera, among others). In 2000 he discovered Butoh. Freeing himself from the forms of movement that he has accumulated during his career, he now mostly concentrates and practices Butoh.

The Nation of YES Sayers // Anne Lindner (LU)
In a democracy every person has the right to vote: » yes « or » no «. It is about democracy and bureaucracy and, yes, also idiocy: because what idiot would hang 1000 papers on walls and ceiling with tiny words like ‘yes’ or ‘no’ on it? Anne Lindner ask the audience to find the needle in the haystack: find the only one ‘no – vote’ in the nation of yes sayers.

(Bio)
Anne Lindner is an independent artist based in Luxembourg. Anne’s work is mainly contemplating on emotional and social issues in reflecting society itself. Her main interest lies within Installations and Encaustic: her use of different media and material is her creative strength. Her infatuation of the use of opposites is a constant recurrence in her visual work. In 2013 she won the ‘Prix de révélation’ of the Cercle Artistique du Luxembourg and » Prix MédiArt « by Mediart, Luxembourg. Anne has exhibited in Luxembourg, England, France and Germany.

(Bio)
Bill Balaskas is a London-based artist, writer and academic. He studied economics in his home country Greece, before obtaining an MA and a PhD from the Royal College of Art in London. His works have been widely exhibited internationally, in more than 120 solo and group exhibitions. In parallel with his artistic practice, Bill is an editor for the Leonardo Electronic Almanac (The MIT Press). Recent exhibitions include: MACBA, Barcelona; ARTIUM, Vitoria; Stavros Niarchos Foundation Cultural Center, Athens (2016); CA2M, Madrid; Les Chiroux, Liège; State of Concept, Athens (2015).

Center of Doubt // Ivar Veermäe (D  & EE)
Center of Doubt researches visual traces depicting the data industry of our times, the appearance of the commercial » cloud computing «, or more precisely the data centres and their supporting infrastructure. The works of Ivar Veermäe are depicted as a turning point of a new era of centralized Internet, where big corporations are in a competition to dominate this new world.

(Bio)
The work of visual artist Ivar Veermäe (born 1982 in Tallinn, Estonia; lives in Berlin) circles around questions of public space, networks and new technologies. As a result of long-term artistic research by means of photography, film and sound, his works are presented in versatile ways (such as video, on-site installations, interactive works and performances, also in public space). He has had solo exhibitions in Edith-Russ-Haus, Oldenburg, Gallery im Turm, Berlin, Freies Museum Berlin, City Gallery of Tallinn, among others.

Watchtower // Kin (UK)
Watchtower explores power as an ominous presence in the form of a surveillance system that silently watches and indiscriminately gathers data on everything we say and do. The piece of Kin reflects on the vastness of current mass data collection systems and their attempts to assert power and control over our behaviour and movement.

(Bio)
Sandra Masemann works as an independent trainer, consultant and coach. Her training focuses on: successful handling of mistakes, successful communication, presence training, team training, improvisational and creative training, facilitation of processes and events. She leads learning and training processes in companies & organizations and moderates and stages large events. As a specialist book author, she has made a name for herself in further education and stands for new methods and training approaches. As an improvisational theatre player, she experiences how productive can be an easy and courageous handling of mistakes. As a trainer, she worked deeply on the issue of error, and has been supporting people and companies for a number of years in tackling this taboo issue. She holds public lectures, short workshops and trainings as well as coaching. 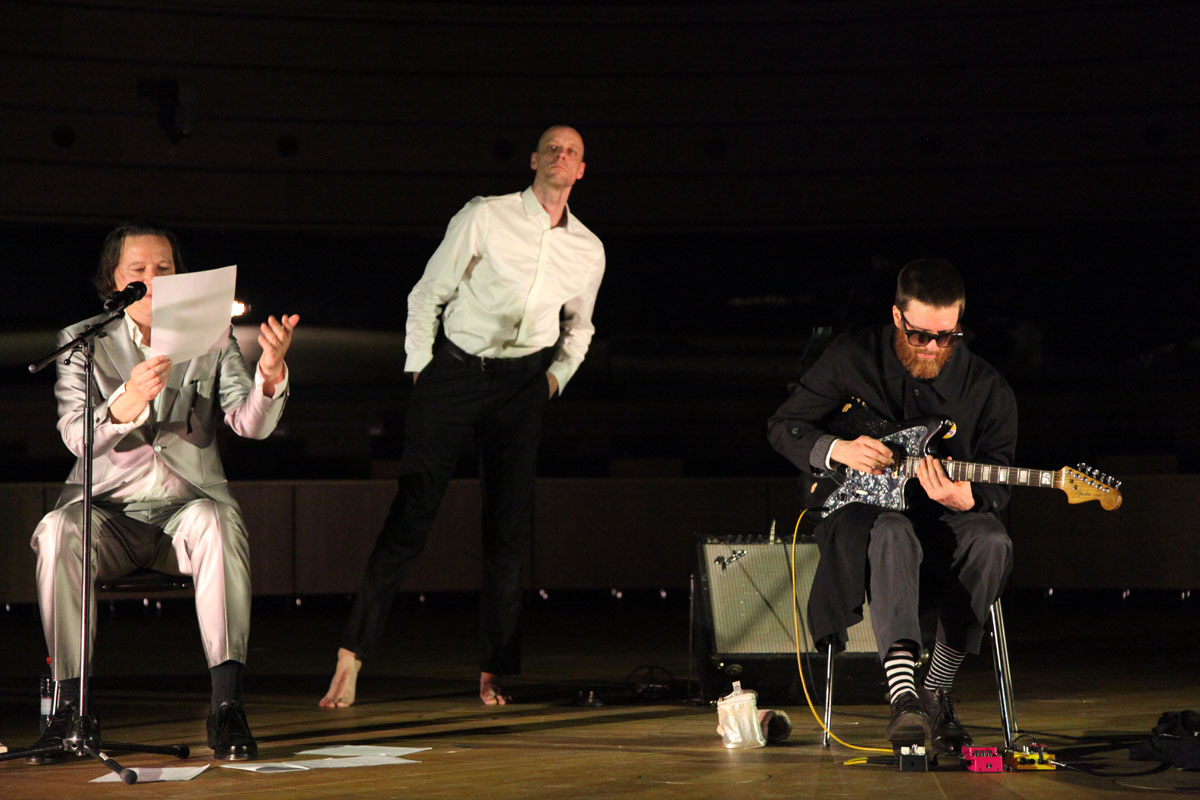 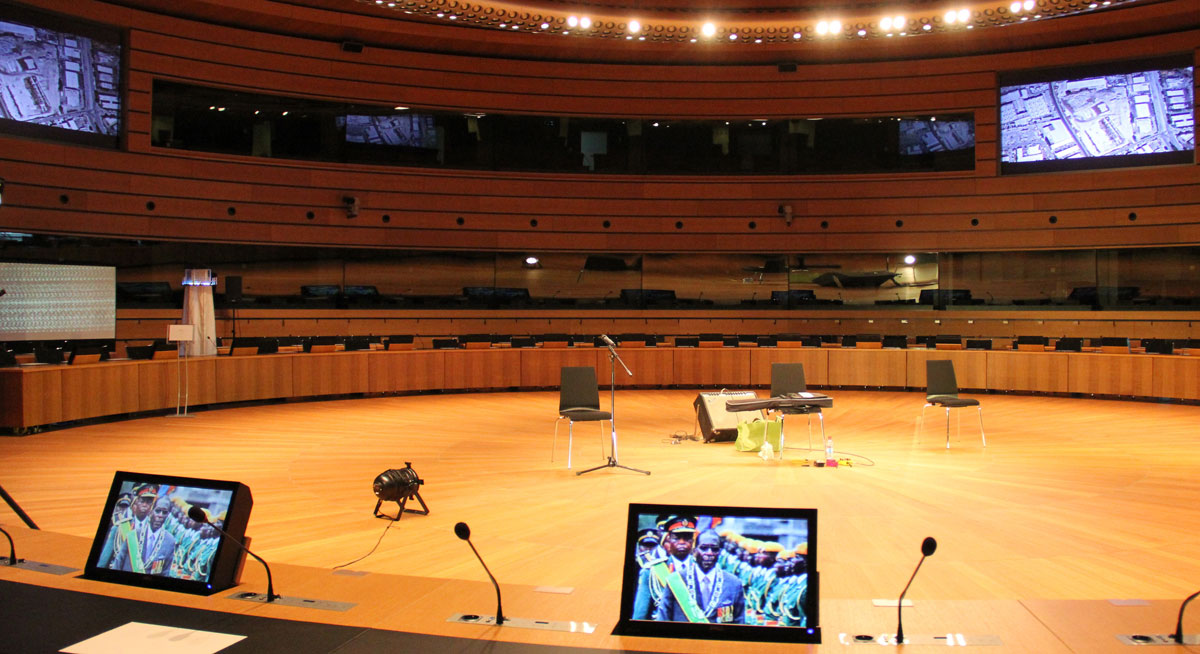 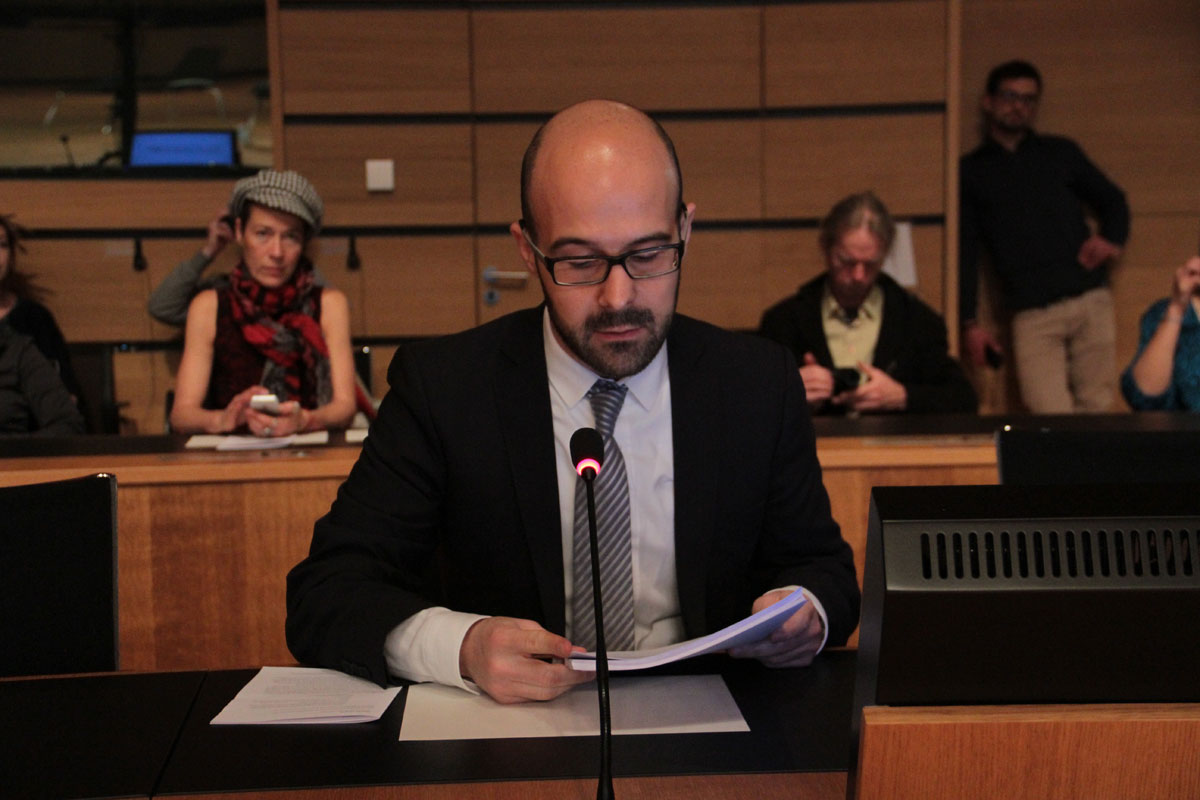 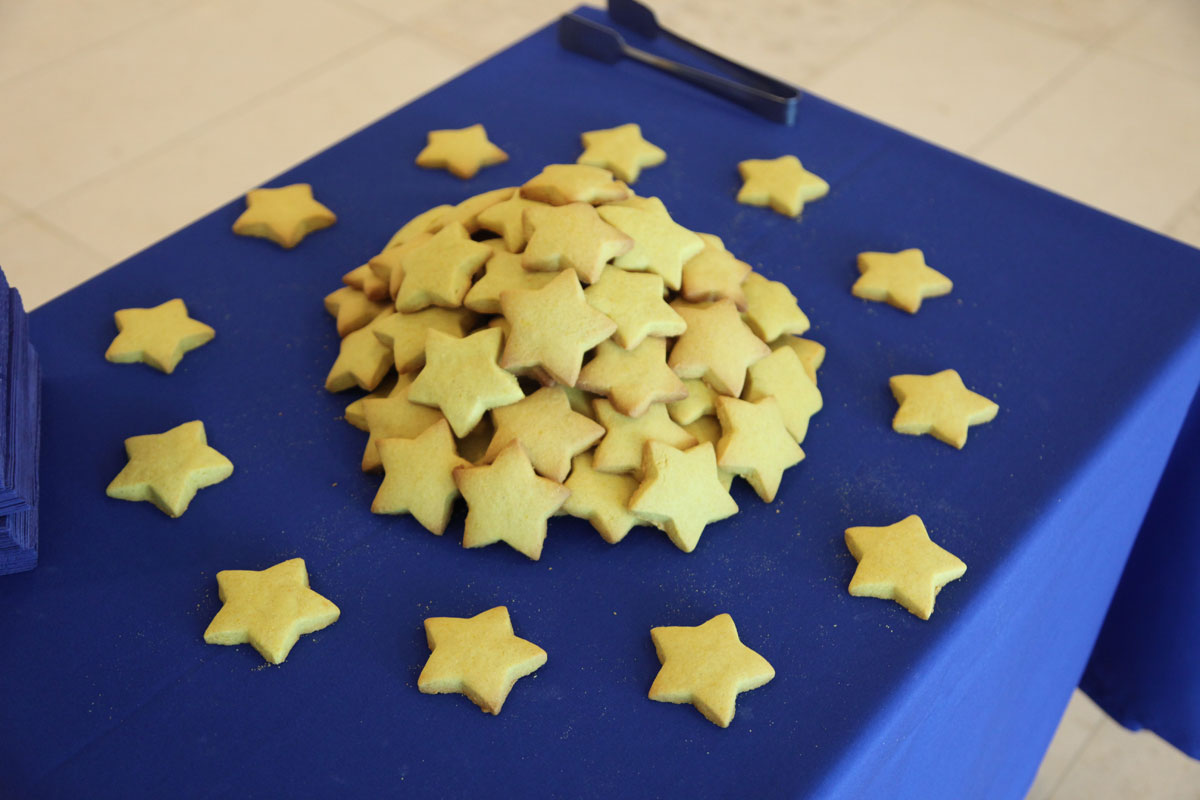 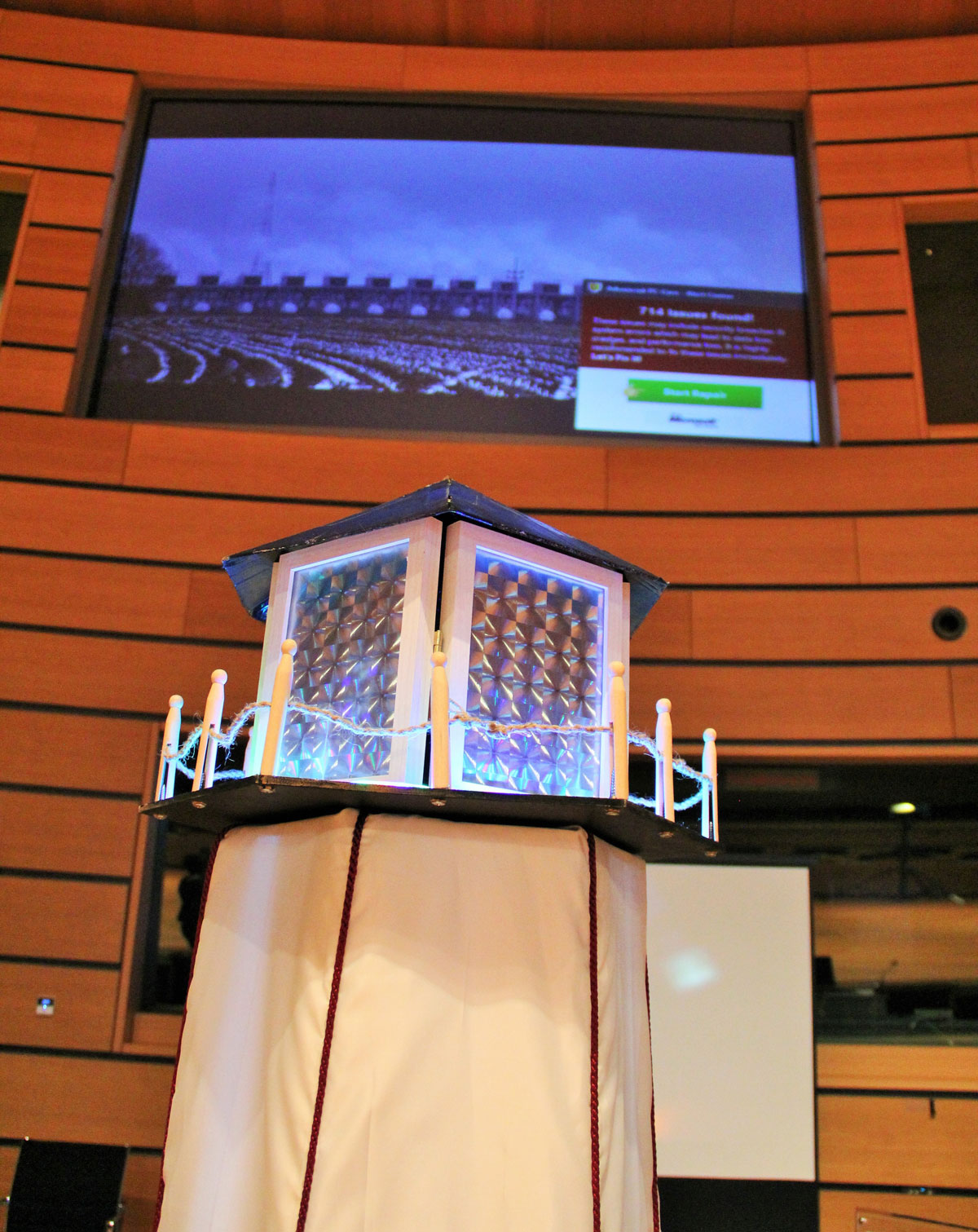 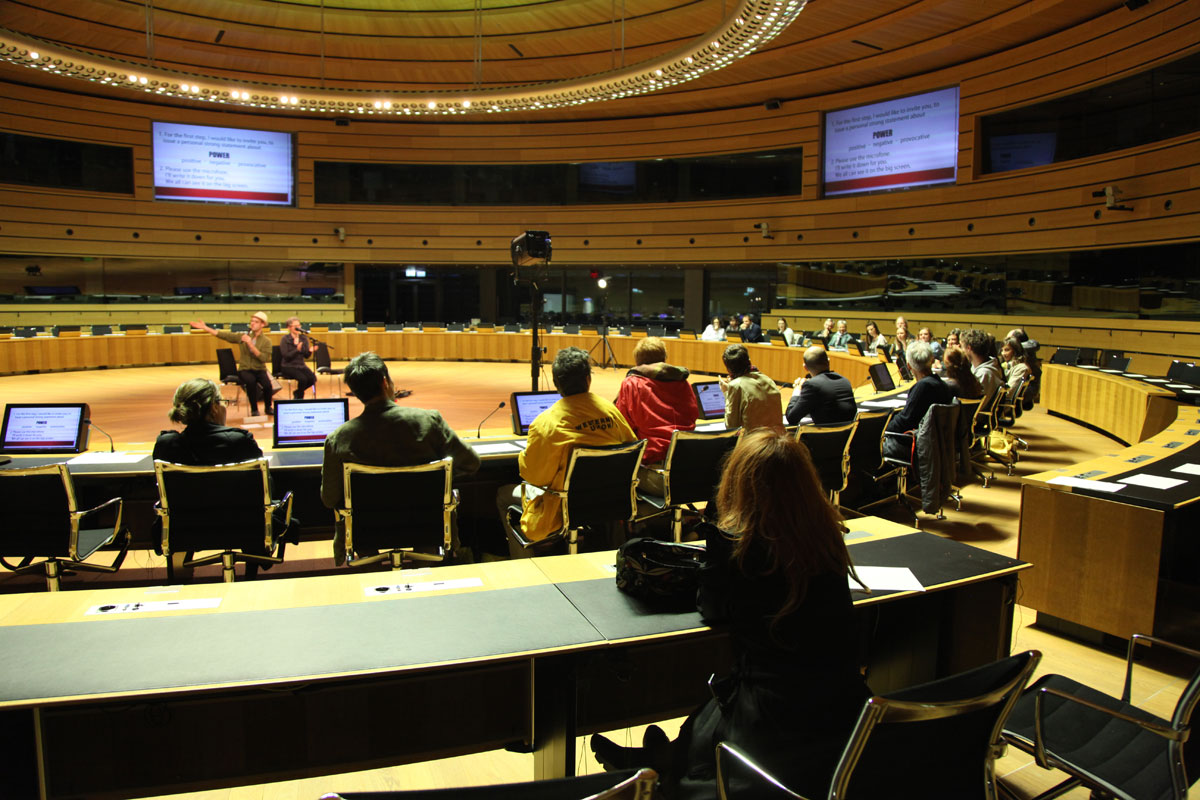 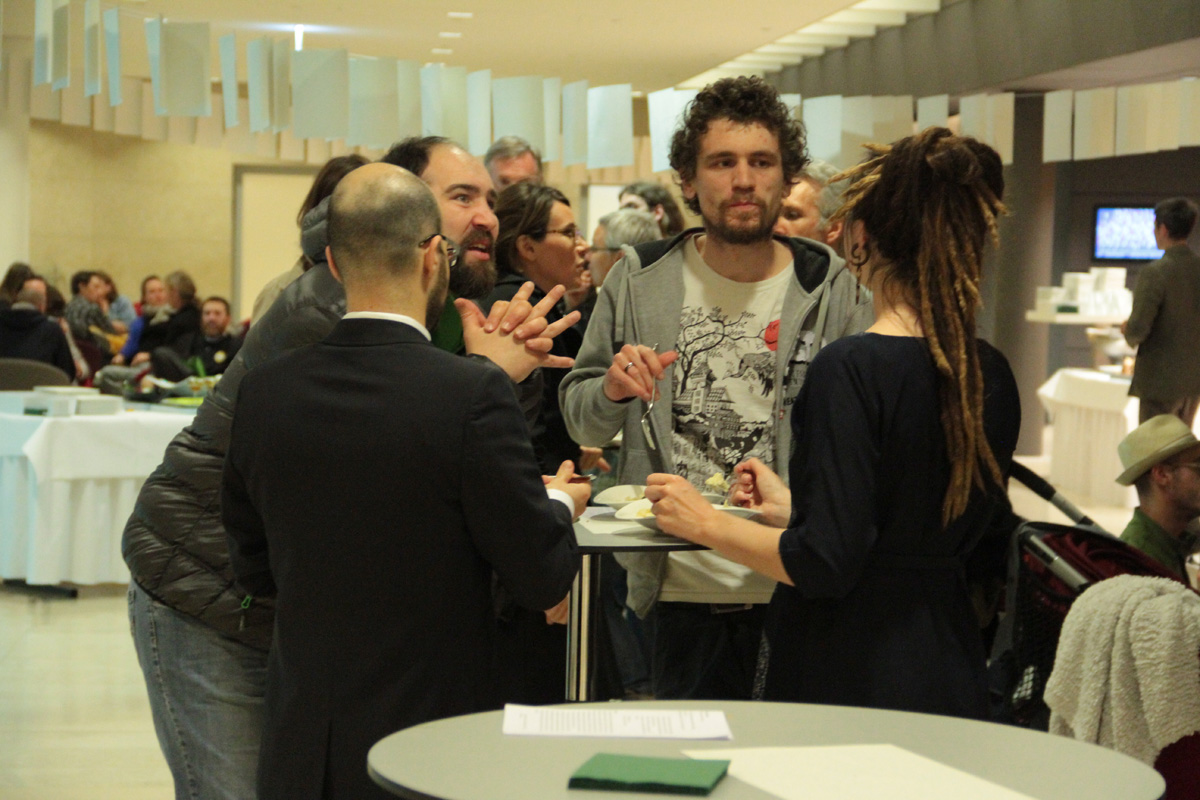 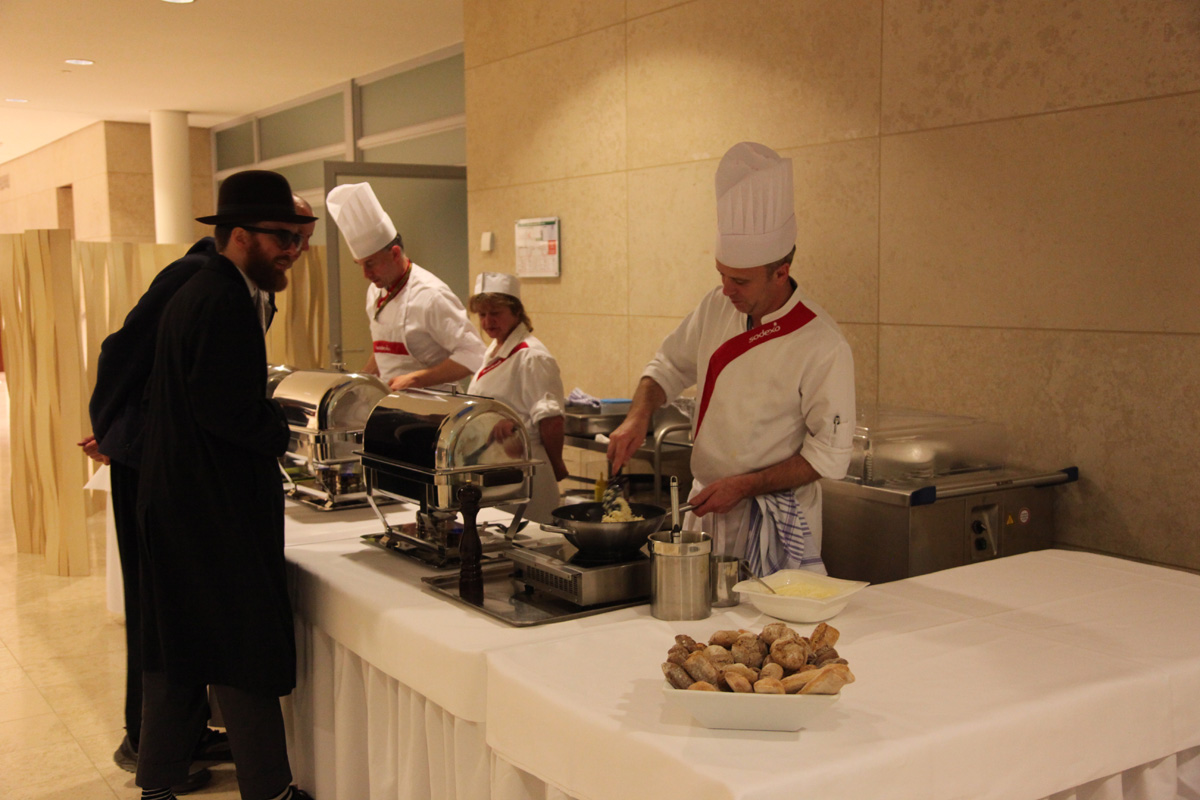 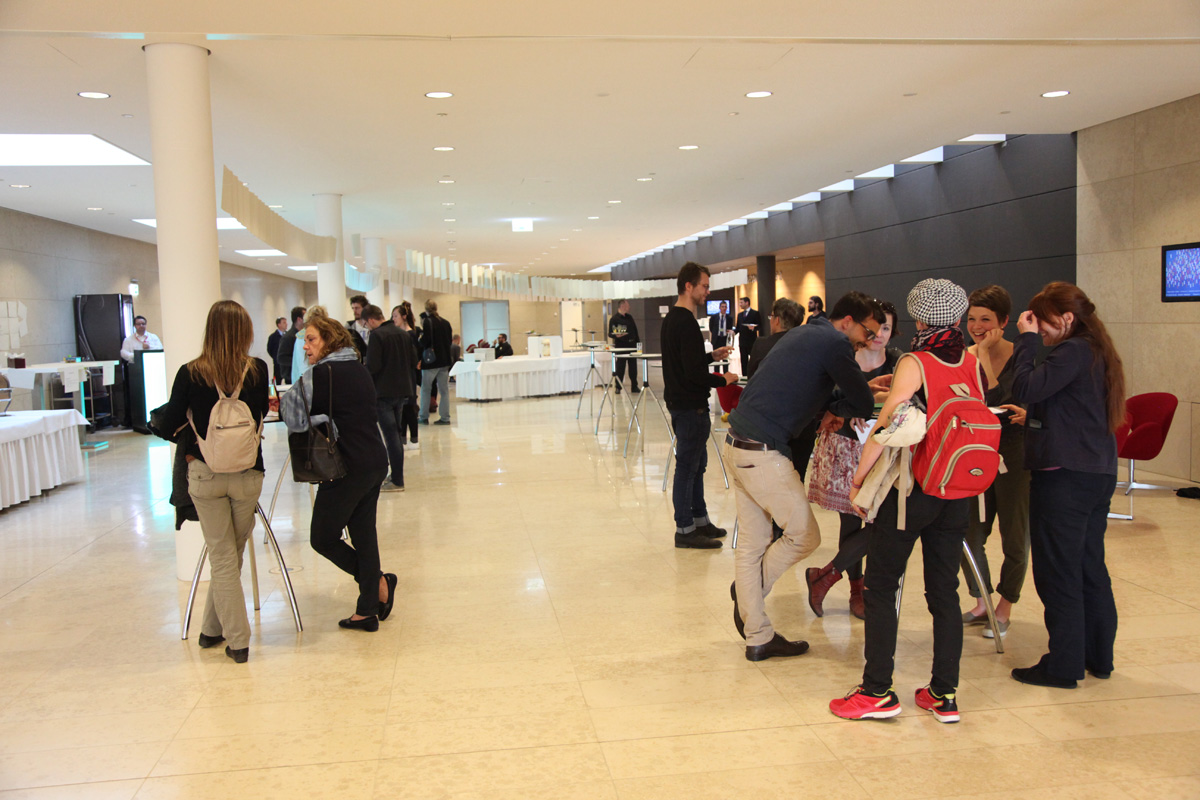 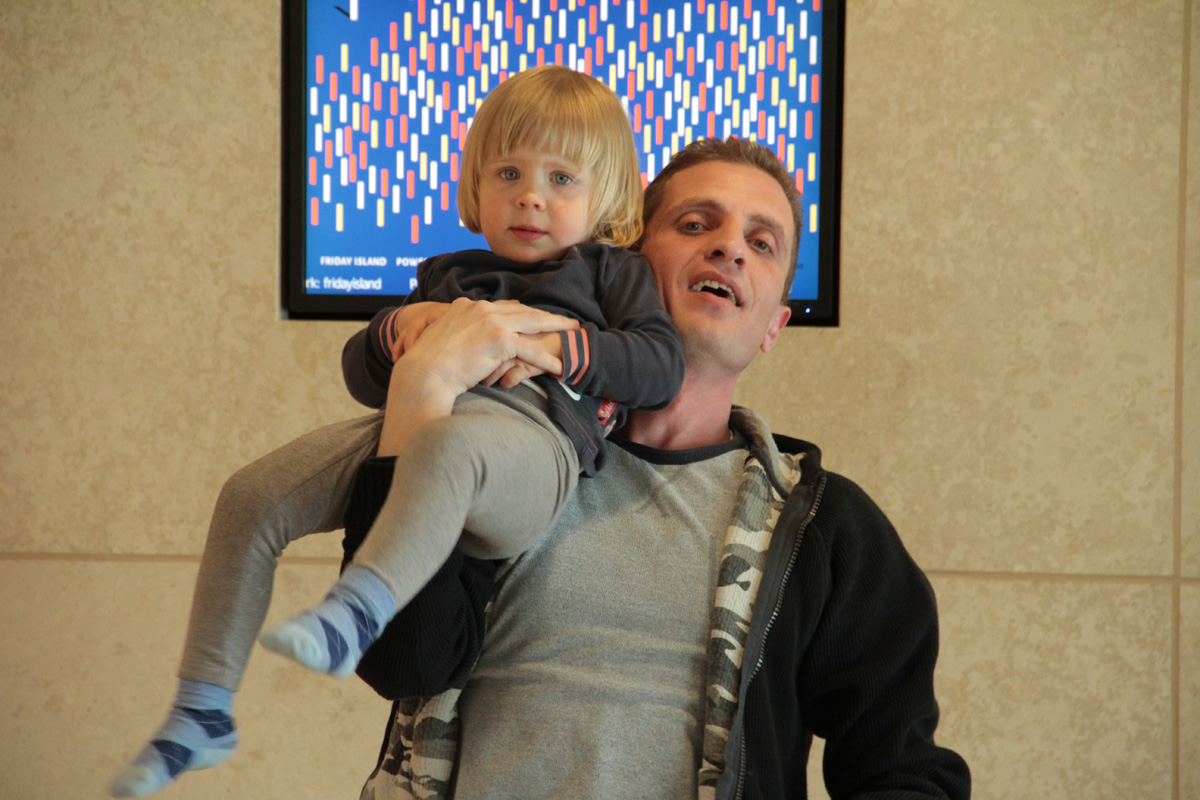 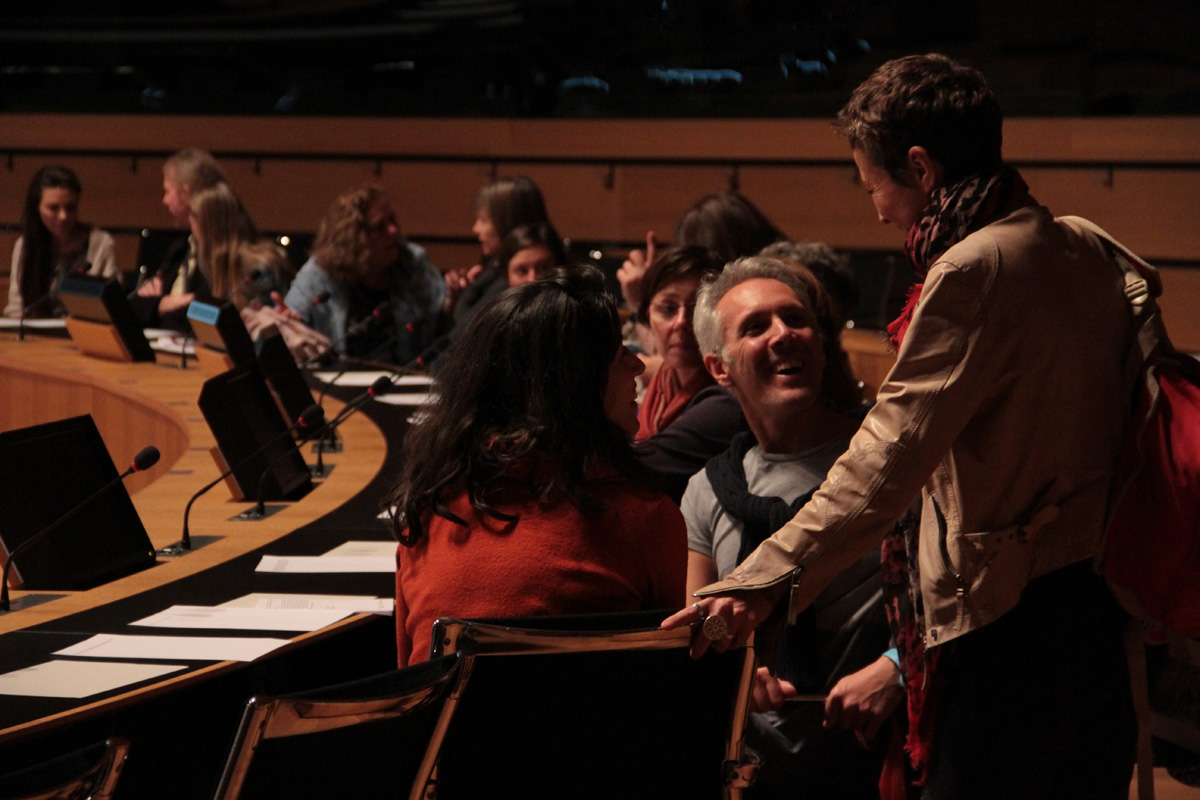