What is the role of a Vernissage or a Premiere ? What kind of rituals characterize the social life Can one speak of rituals of the art world?

“A ritual ‘is a sequence of activities involving gestures, words, and objects, performed in a sequestered place, and performed according to set sequence.’ Rituals may be prescribed by the traditions of a community, including a religious community. Rituals are characterized by formalism, traditionalism, invariance, rule-governance, sacral symbolism, and performance.

Rituals are a feature of all known human societies. They include not only the worship rites and sacraments of organized religions and cults, but also rites of passage, atonement and purification rites, oaths of allegiance, dedication ceremonies, coronations and presidential inaugurations, marriages and funerals, school “rush” traditions and graduations, club meetings, sporting events, Halloween parties, veterans parades, Christmasshopping and more. […] Even common actions like hand-shaking and saying hello may be termed rituals.” Wikipedia source, state 24.07.16

„People need rituals. And their artworks are also embedded in rituals, because as artefacts who are open to interpretation and have questionable validity, they are exposed to risks on their way from the atelier [or rehearsal studio] to the audience. Artists, mediators and curators prevent those risks with ritualistic impregnations which witness the way from the creative act to the enactment of a vernissage or the celebrity cults of the present days.” (Rituale der Kunst, edited by Bilstein, Lynen, Paust, Thurn).

In his essay Das Rituelle Werk (in: Rituale der Kunst) Uwe M. Schneede refers to the ritual analysis of religious scholar Axel Michaels: “According to Axel Michaels, there are common features beyond all regional, cultural and historical differences.

Some of the characteristics in particular:

The ritual takes place separated from the outside world, in a ‘ritual Arena’.
Therein, it unfolds the ‘ritual time’, ‘other than the time of everyday life’.
Characteristic is the ritual equipment: garment, mask, headgear (the priestly appearance).
Typical are also choreographic features: steps setting, body actions.
The structural principle is the repetition.

Celebrated either on 7th July or on 7th August, the festival marks the annual encounter of two starts on the Milky Way – the Vega and the Altair. (Louis, 2002). Bamboo trees are decorated with paper crafts and bands of paper in five colors on which people put poems and their wishes. (Kojien, 1998)

(Bio)
Yuko Kominami was born in Japan and studied Butoh and dance in Tokyo. After graduating with a BA in Japanese History from Waseda University, she did a Professional Diploma in Community Dance Studies and attended an Independent Study Programme at Laban Centre London from 1998 to 2000. She obtained her MA in Dance Cultures, Histories and Practices from the University of Surrey in 2006. Kominami has been working as an Independent dance and performance artist and has worked with different dancers, choreographers, artists, musicians and theatre directors.

(Bio)
Sneja Dobrosavljevic graduated from Camberwell College of Arts /UAL with an MA in Digital Arts after she had graduated with an MA in social and visual communications. In her interactive video installations she mimics the world of advertising and promotes fake products in order to create awareness for blind consumerism, the growing power of the food industry and the urgent need for more innovative structures for Elderly people. Inspired by the works of Virtual Reality artists of the late 90’s, she has been exploring since 2011 the impact virtual online worlds like Second Life may have on the real life.

Something is sprouting in my mind // Nathalie Noe Adam (LU)

My paintings and drawings are deeply related to nature and the behavior of the human being. So the sprouting, or dying, sweet potato seemed to be a good starting point. You can relate it to the dying nature or to the false relation between people or just as a rotting sweet potato. The effected ritual is a way to stop time and to make «me» feel good.

Life Render // Marie Werthschulte & Hagen van den Broeck (DE)
Marie and Hagen invite you to participate in an event which is situated on the border of the performance arts and ritual. It is meant as an experiment in order to discover traits that mark these two fields and where they are confused. Experience it, or be it and recognize for yourself.

(Bio)
Marie Werthschulte studied Medien- and Kulturwissenschaften at the Heinrich-Heine-Universität Düsseldorf and at Department of Theatre and Film der University of British Columbia, Vancouver. In 2014 she graduated at Universität Hamburg in Performance Studies (MA). She currently researches on ritualistic qualities within the performance arts.

Hagen van den Broeck, originally from Holland and currently living in Hamburg, worked as an actor/singer/director in The Hague for six years and studied Theatre Science and acting in Amsterdam and London and Corporate Communication in Utrecht. Currently he is finishing up is MA of Arts. Hagen now works with the connection ritual and performance.

(Bio)
Born in Hamburg in 1973, Lisa lives and works in Köln. From 2000 to 2006 she studied at the Hochschule für Bildende Künste in Braunschweig. 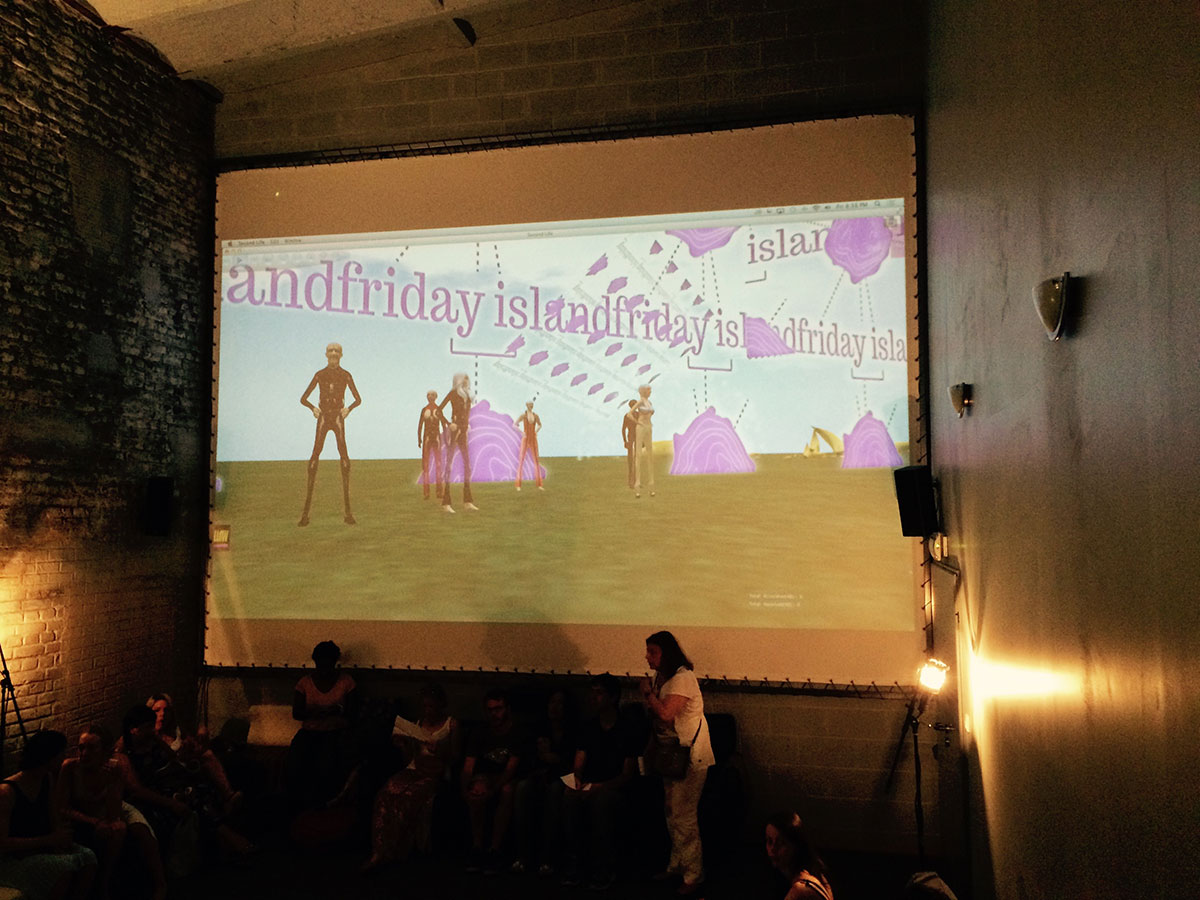 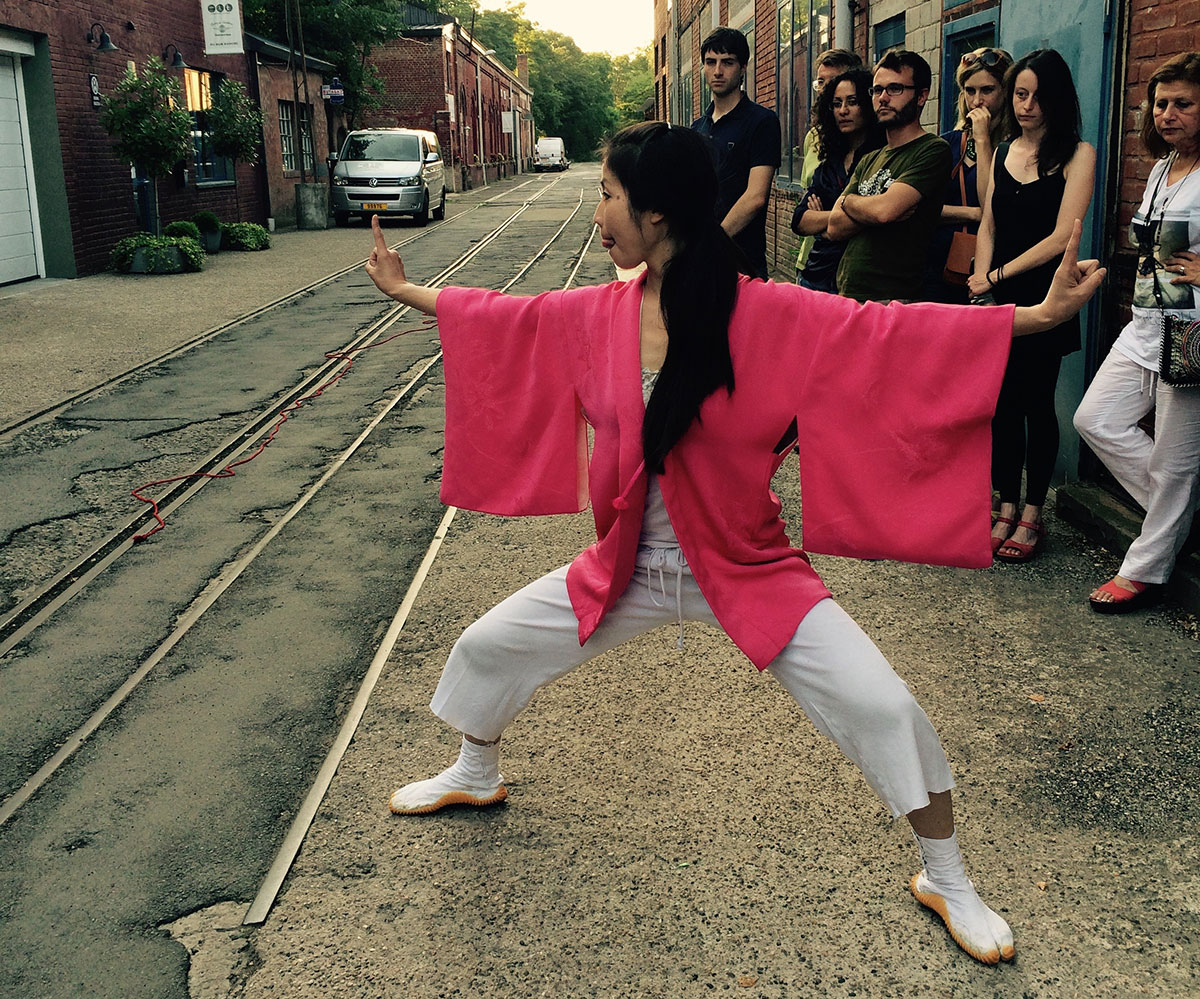 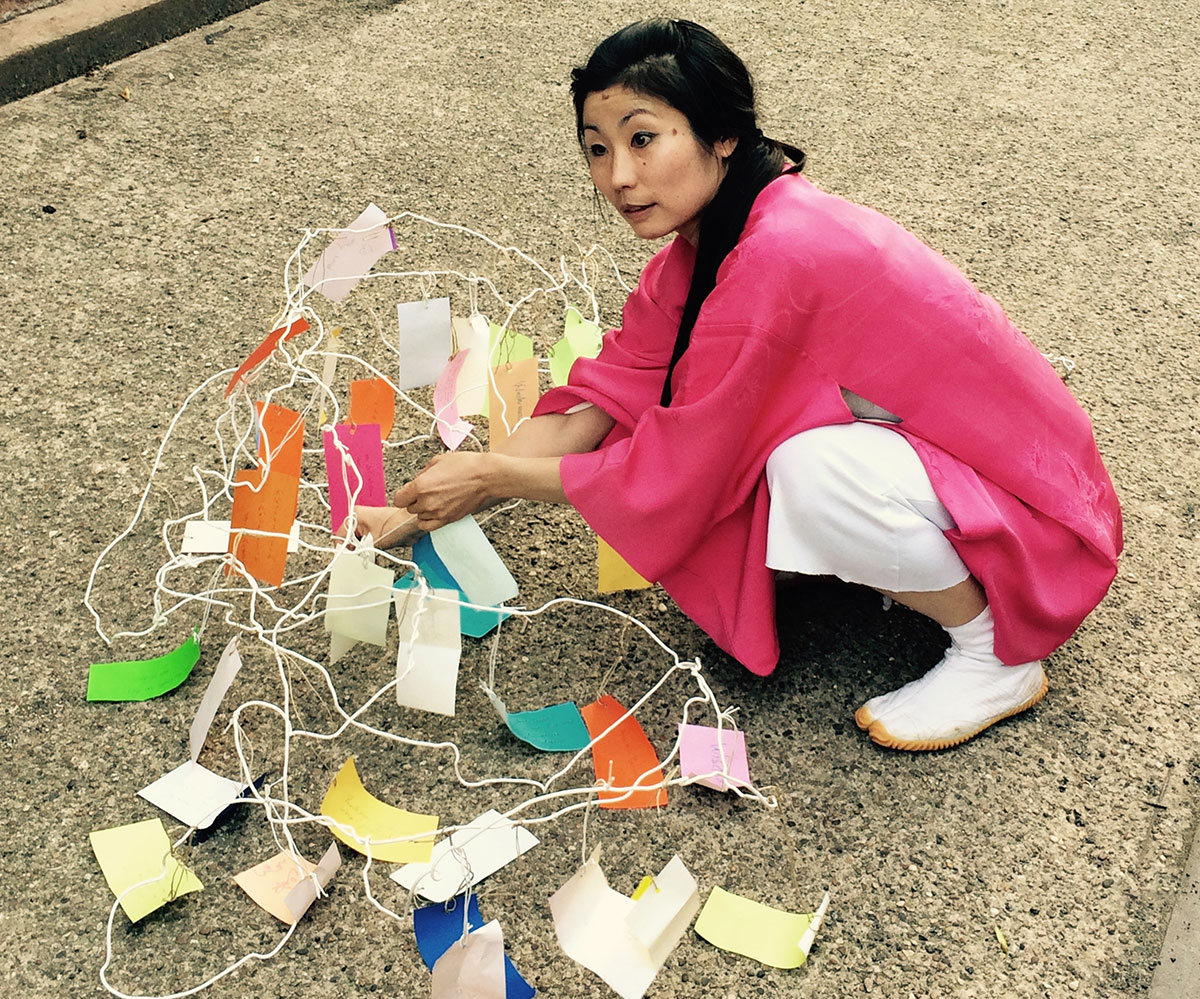 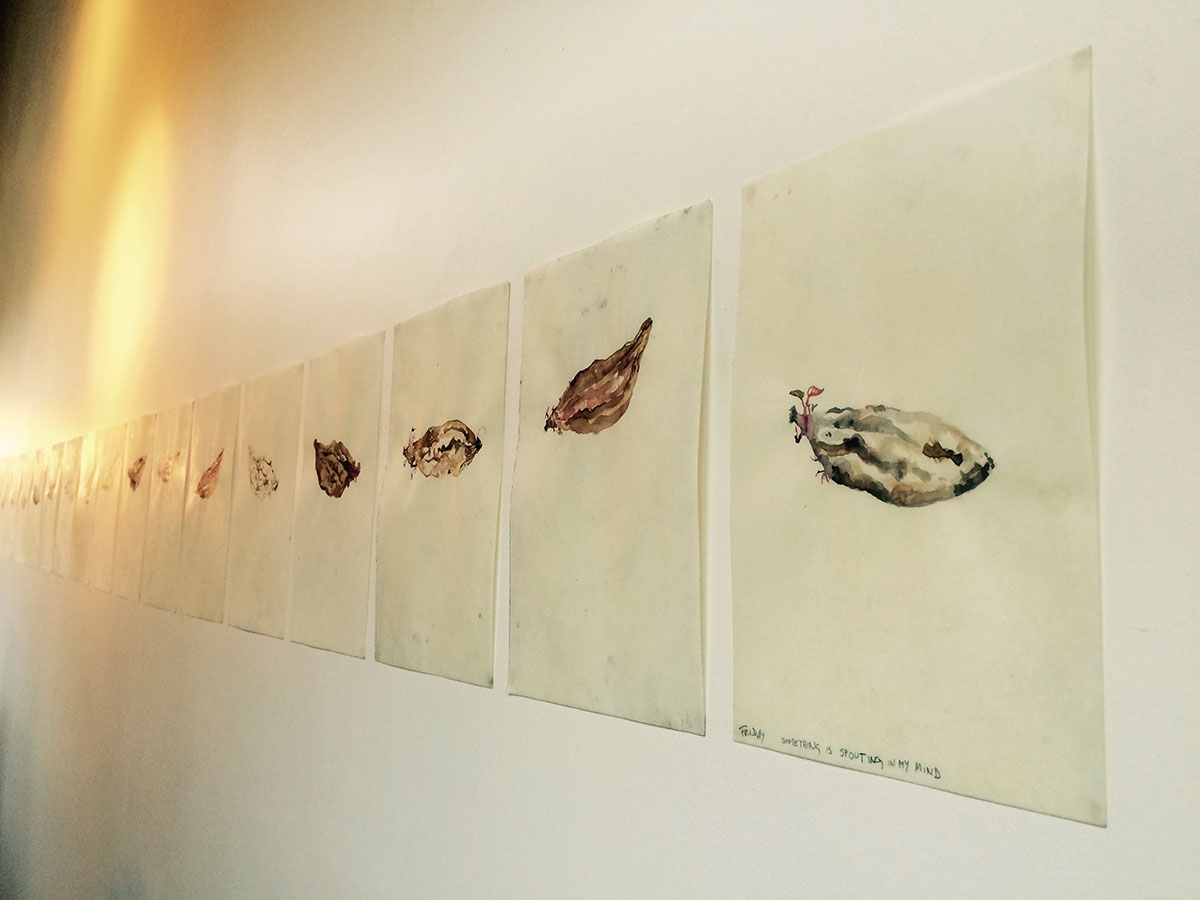 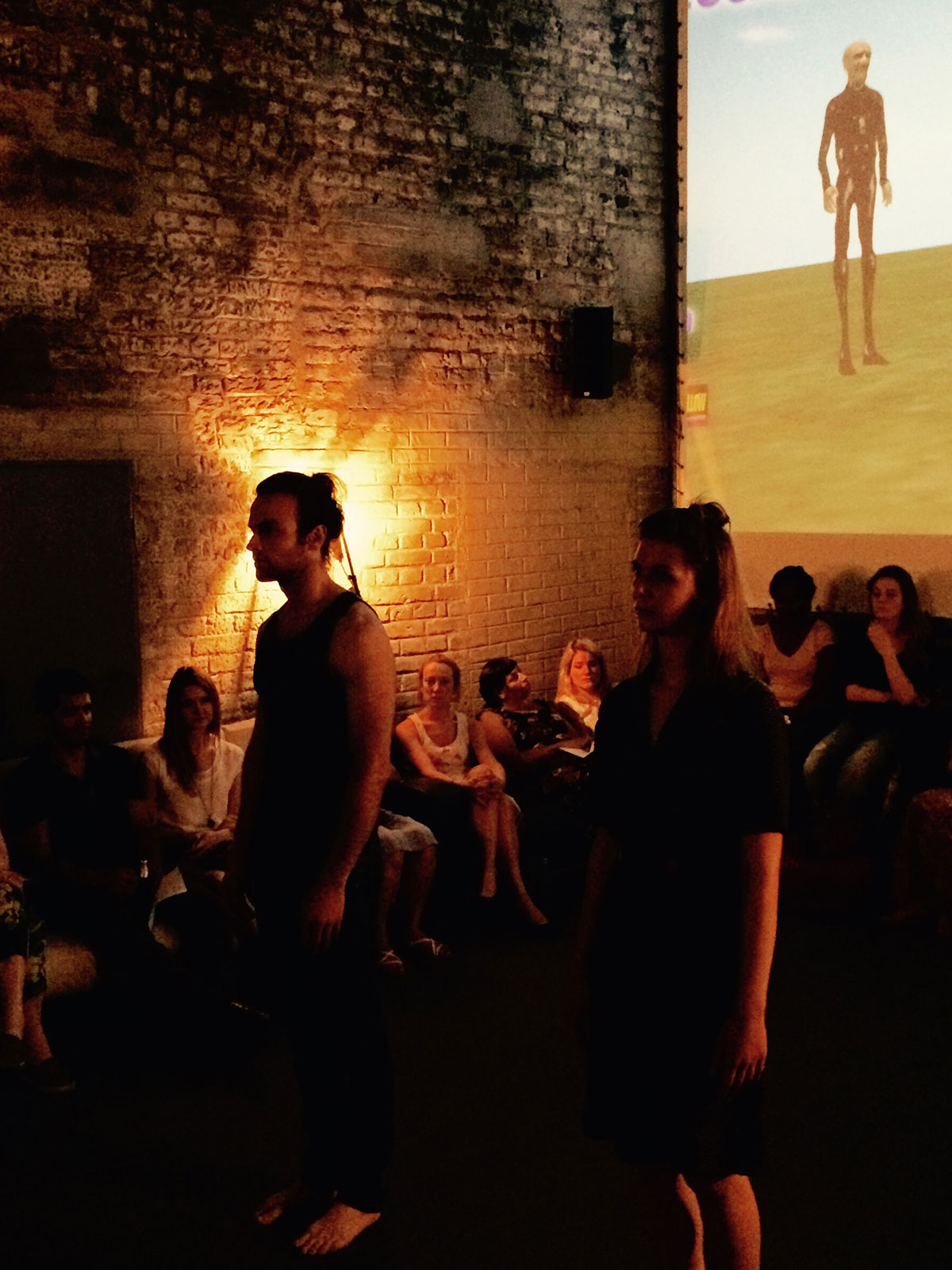 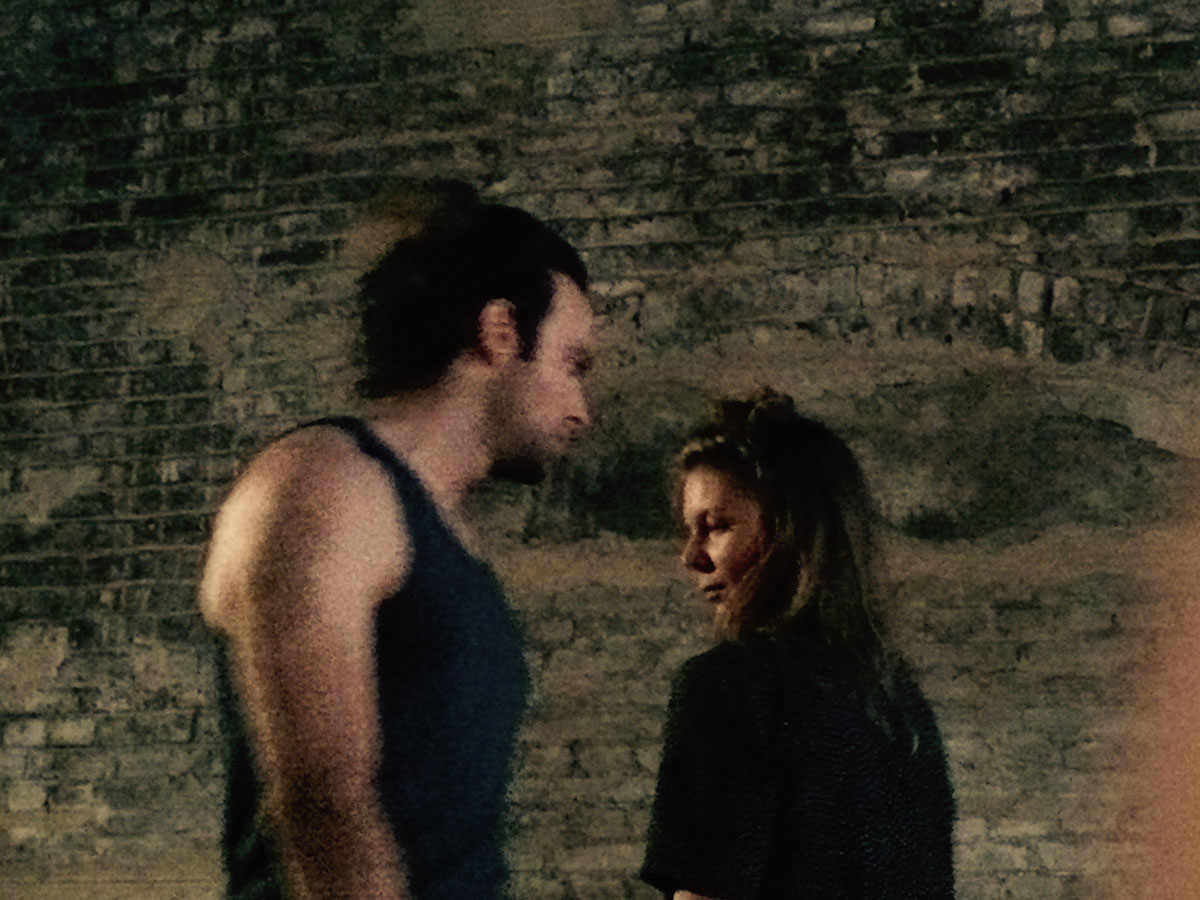 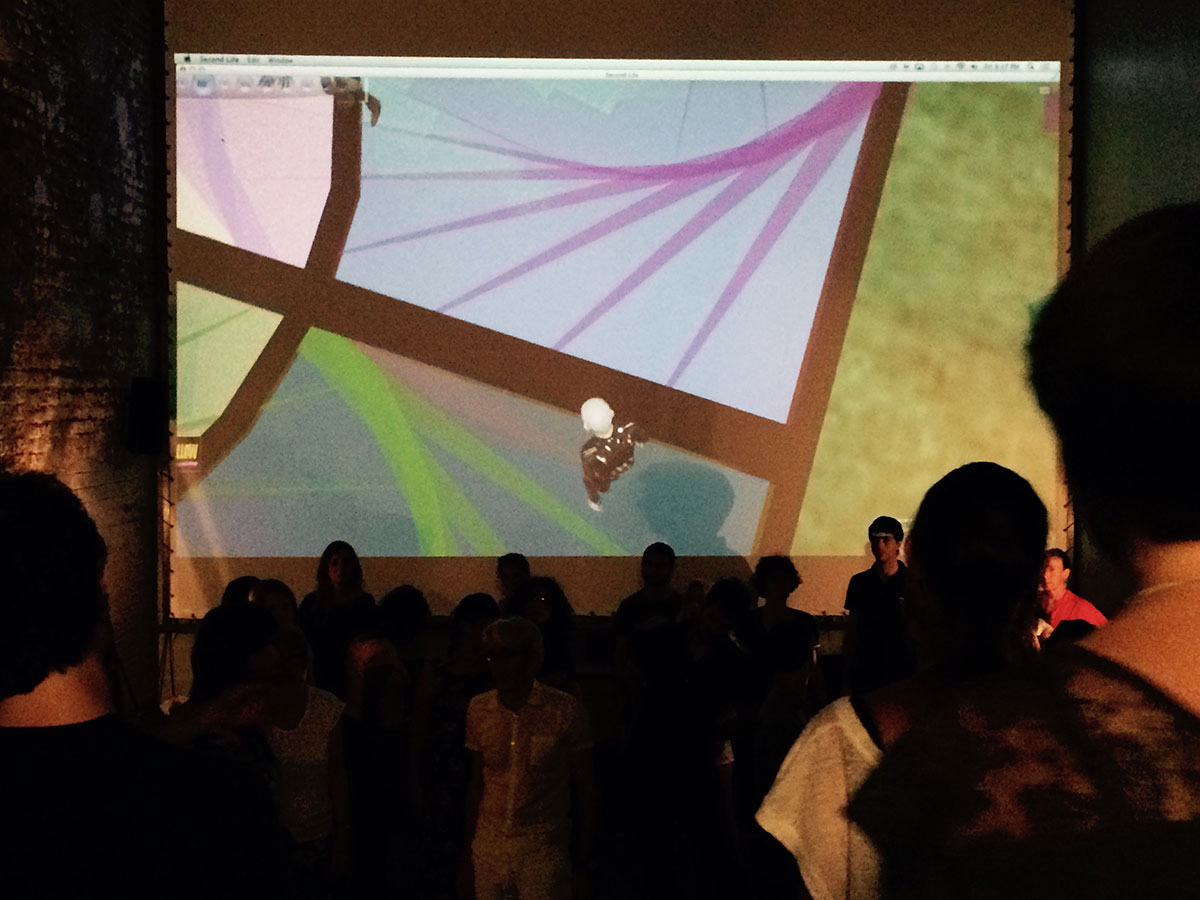 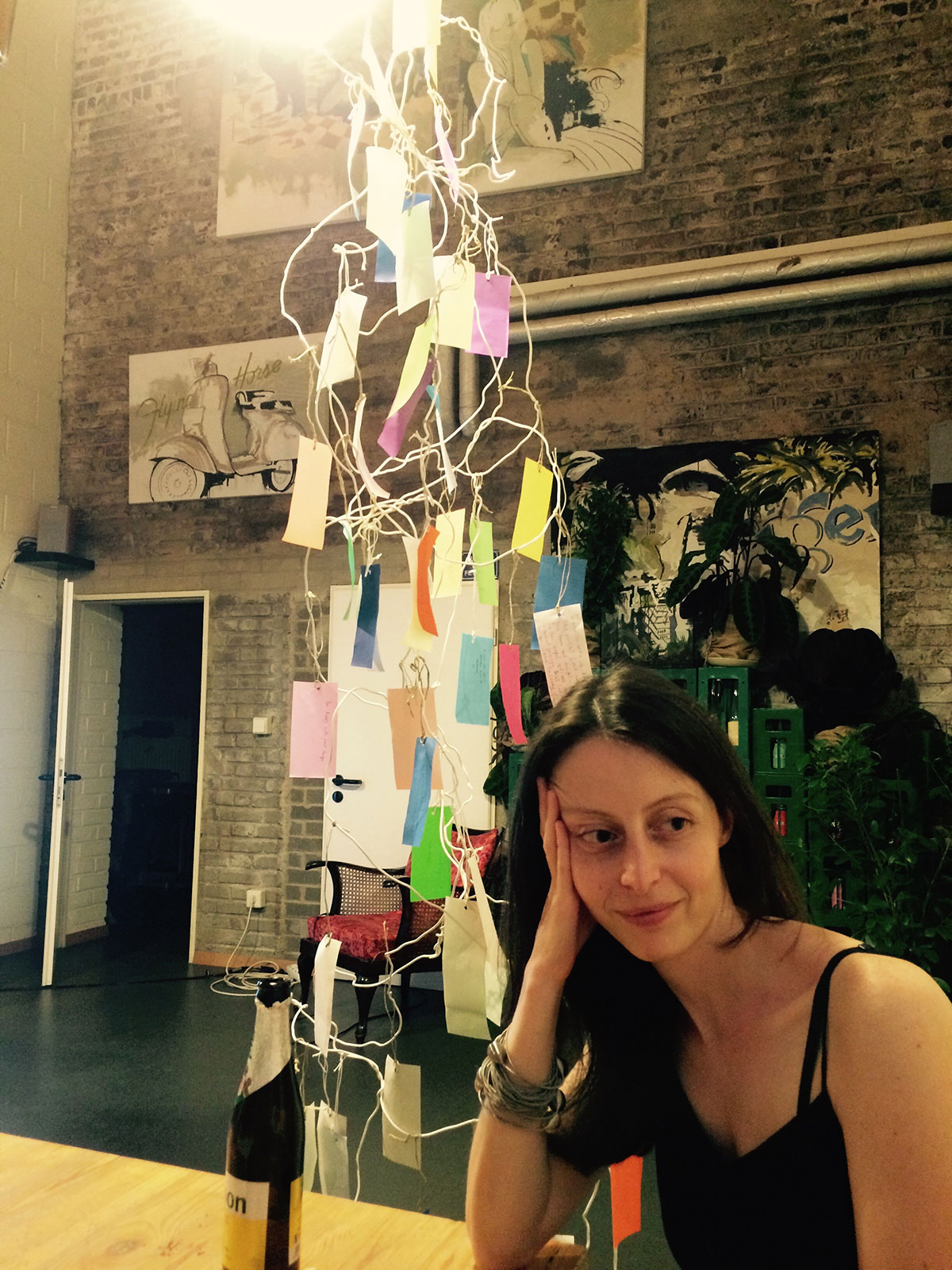 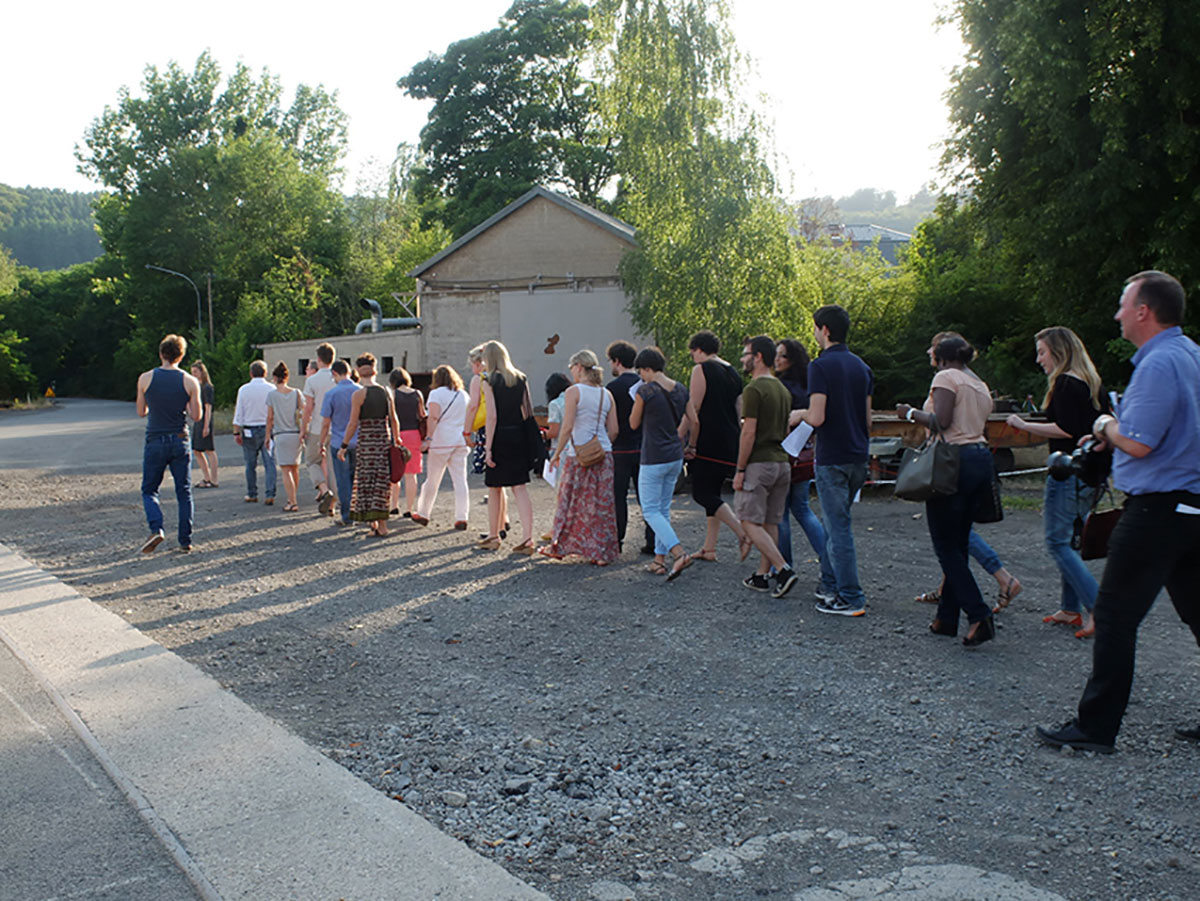 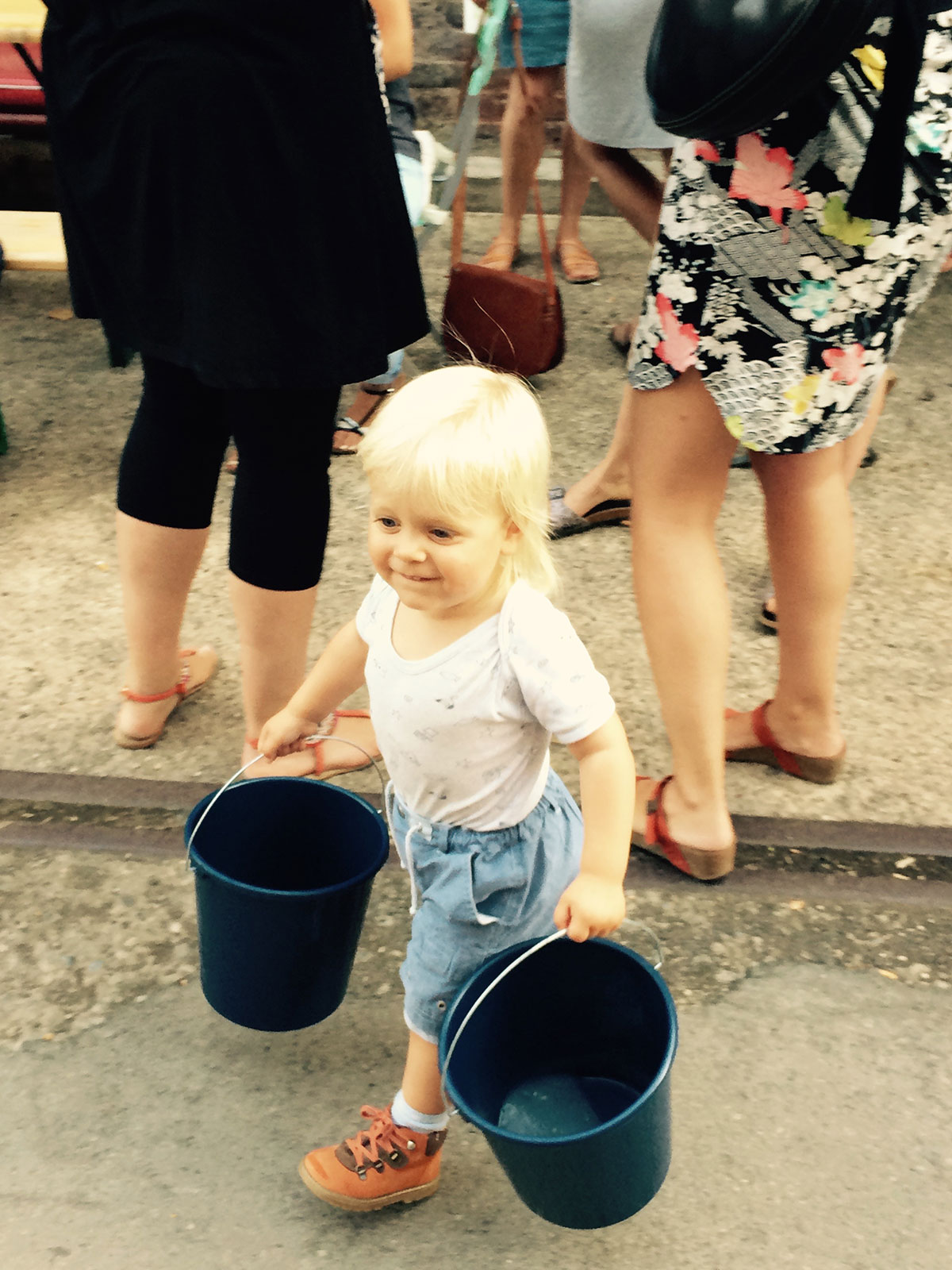 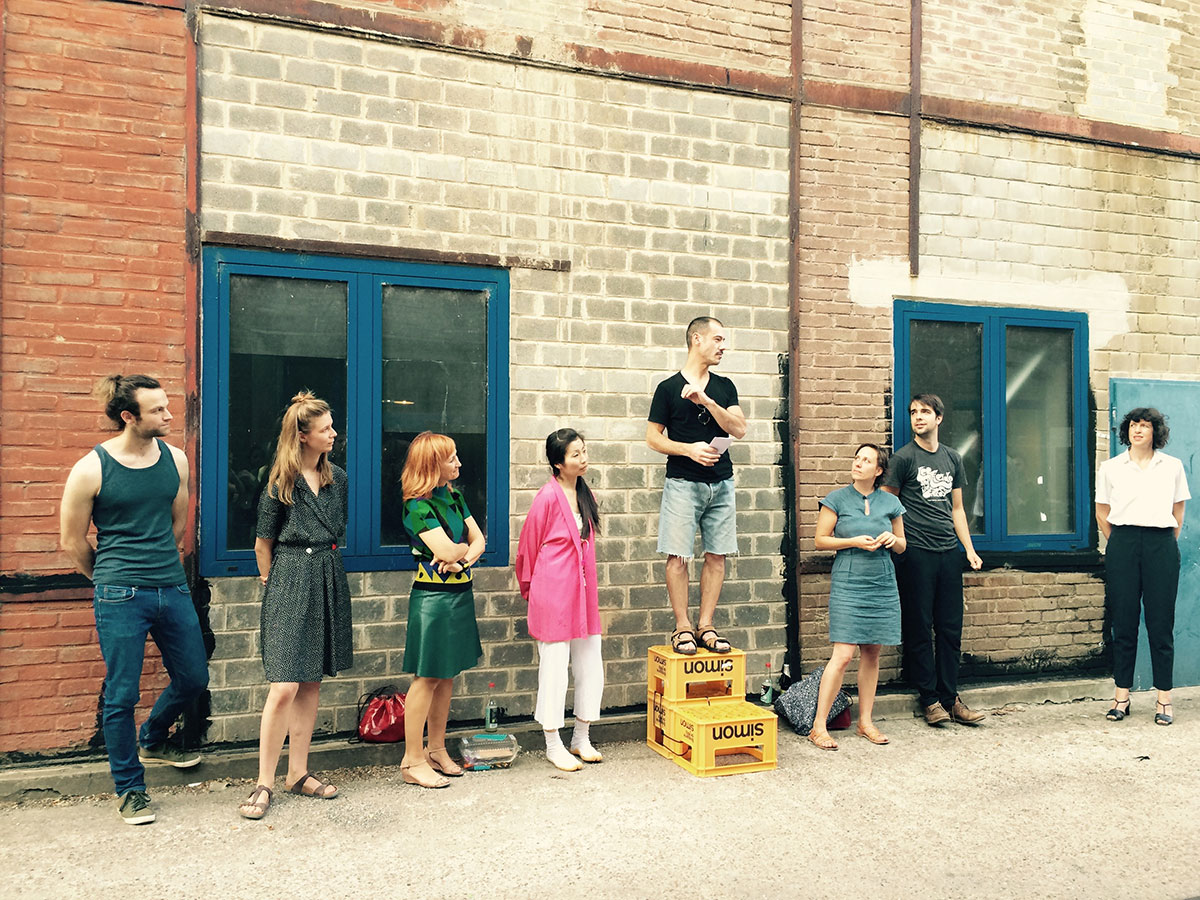