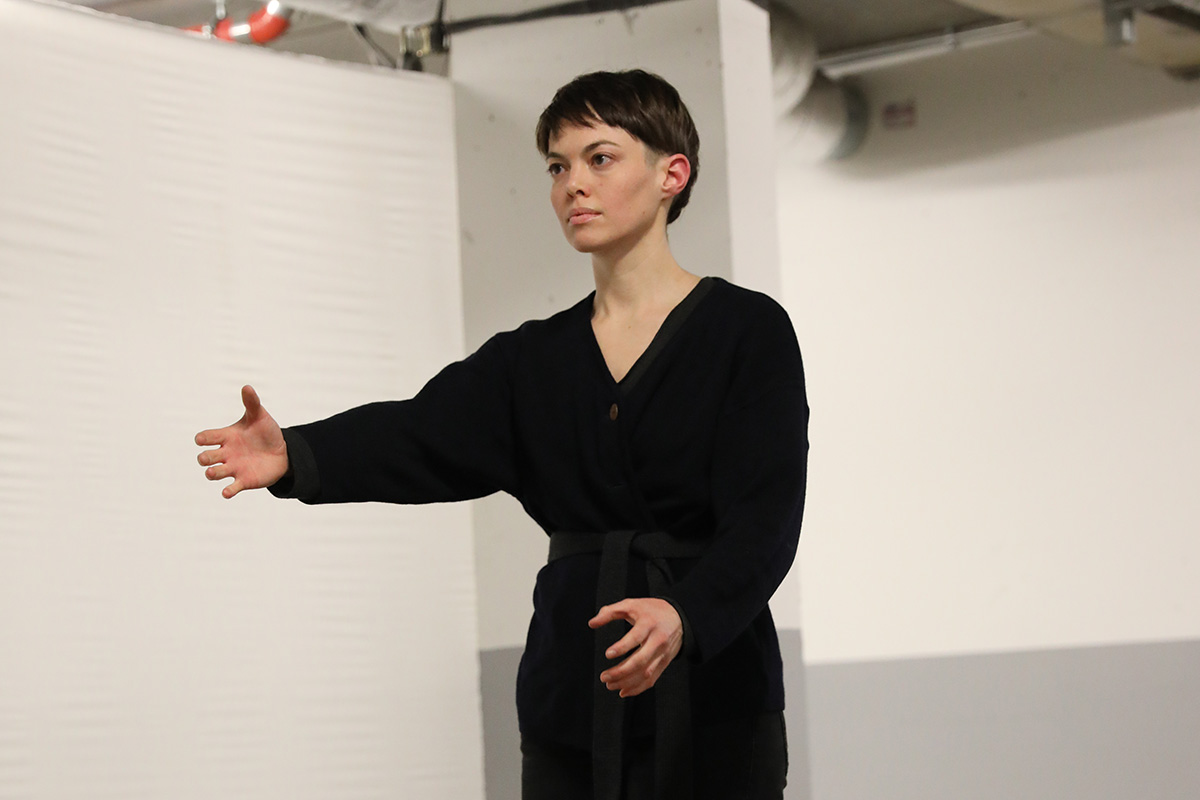 Suzan Noesen is an artist and multdisciplinary author from Luxembourg. She develops dramaturgic structures as a base for projects involving diﬀerent artistic media ranging from drawing and painting, performance and singing to writing and directing. She studied conceptual art at KABK The Hague, as well as painting at the Meisterschüler class at HGB Leipzig, and followed a training in physical theatre at AHK Amsterdam. Aside her academic studies she spend several years living in intentional community structures. Her work can be described as an ongoing experimental anthropological research, inspired by systemic, political and psychological references. She recently curated the exhibiton project „Sensibility as Media“, which included international artists and social science scholars and was presented in Luxembourg in Mai 2017. Currently she works on the post-production of her first short film „Livre d’Heures“, being about the cohabitation with her grandmother, while she starts painting and scripting on her next feature „blindfolded“.