How do audience and artist connect? Does art or an artist need a viewer? What are the characteristics of the space spectators and performers share with each other? Are there differences in the quality of the relationship between audience and artists, depending on the concerned art form? Which spatial, physical and psychological characteristics belong to the essence of the spectator?

Spectator and artist face and confront each other from different positions. Their respective characteristic attitudes are fundamentally different from each other. The conventional interpretation of their relation attributes to the artist an active role, while to the spectator a passive one.

As the producer or creator of his work, the artist initiates through his creative act a process which originates from an idea in his mind and progresses further, by the materialisation of that idea, until the moment of the viewing or contemplation act by the audience.

At drama school I was so scared of the audience that I performed without my glasses. Somehow I must have associated the public with that particularly dreaded species-the drama school audition panel. I now cherish the audience, feed off it, miss it in rehearsal – that’s just as well too I guess since my eye sight has worsened. I could never pull off my drama school trick now. I’m glad I don’t have to though, what’s the point of it all if there’s no audience to communicate with?

In the „Friday-Island“ evening I will oscillate between a couple of different settings for performer and audience. They investigate how the communi(cati)on and a sharing of awareness with the observer comes into play. The settings f.e. put emphasis on space/direction/distance or on spoken language/moving body/rhythm. Ease and flow of the communication, acknowledgement of resistance or failure,; qualities of acceptance, transformation and „faking it“ can all be included in the game.

(Bio)
Victoria Hauke explores energetic, somatic and sensory processes in the body in terms of their physical-emotional quality. Her work locates her in socio-cultural contexts and questions about ecological change, as well as in dealing with her artistic background in western contemporary dance. Since 1993, about 45 choreographic works have been produced that have been shown nationally and internationally.

If an author says not to think about the audience when he writes, he lies. Even if he does not write to please or to educate, even if it does not reflect, in every line, on that what the listener or reader will feel, there is always a demanded effect. “Variations pour une actrice” is about playing with this desired effect, whatever the story tells.

(Bio)
Ian De Toffoli (1981) was born in Luxembourg, in an Italian-Luxembourger family. In 2011, he defended a doctoral thesis, in french literature, at the Sorbonne in Paris. He has published two novels and numerous articles or short texts in anthologies and journals. His first theatre play, L’Annonce, was premiered at the CAPe d’Ettelbrück in October 2009. In 2012, he was an author in residence at the National Theater of Luxembourg, with Microdrames and L’Homme qui ne retrouvait plus son pays. In 2015, the play 99%, co-written with the Barcelona author Elies Barbera, is played in Luxembourg, Spain and Italy. Ian De Toffoli is also a researcher in literature at the University of Luxembourg and director of the publishing house Hydre.

For Friday Island – The spectator’s role I will work with an interactive sound installation.
6 stringed instruments from my project urban audio transform sound and noise directly to musical sounds, which are directly audible on headphones. Visitors to Friday Island are encouraged to interact with the installation. The strings of the instruments are made to vibrate by singing, humming or whistling. Everyone with headphones hear the harmonic resonance of the strings. Without headphones one can hear the incoherent vocalizations of the visitors who interact with the installation. Only through interaction with the instrument arises for the user a sensory experience that does not open up to the outsider.

(Bio)
Florian Tuercke (b. 1977) focuses primarily on public space and its compositional potential in his works. The media artist mixes different artistic disciplines and strategies in his projects, whereby often the experimental setup and the experiment are more important than the result. The live aspect, as well as interactive and participatory elements often play a crucial role. In recent years, Florian Tuercke has realized projects in: Germany, Austria, Finland, Poland, Italy, Spain, England, USA and Mexico. His works have been awarded with the Bavarian Art Prize (DE 2006), the Stiftung Kunstfonds Projektstipendium (DE 2008), the 1st Prize in the Music-in-Architecture Competition of the University of Texas (USA 2011) and the PasseoProject Award (ESP 2012).

My relationship to the spectator is an intimate encounter with the other, the one with whom I want to communicate without knowing him. My goal is to avoid all passivity of the spectator facing the screen, to make him/her active, to bring motion in the emotions. I will unveil the key that links me to the spectator by a visual reflection which recycles repertoire images of my previous audiovisual productions.

(Bio)
Cathy Richard obtained a Master’s degree in Film and Audiovisual Studies at the Sorbonne Nouvelle, Paris (France), in 1999 and began an eclectic career as a filmmaker in 2002. She has since participated in various audiovisual projects: short films, documentaries (historical) and artistic videos.

In Studie #1, the mental representations of the spectators are explored by using a free association process. In Bewegungsstudie #1 I deal with the possibilities to capture and translate the mental representations of the audience and the performer into movement and KUNSTAKT/ONEN. Both studies formulate a common concern: to investigate the readability and display options of cognitive processes and their influence on the relationship between spectators and performer.

(Bio)
Born in Buenos Aires, Argentina Fernanda studied art history (Universidad Nacional de Buenos Aires), Fine Arts (Instituto Vocacional de Arte y Escuela de Bellas Artes Manuel Belgrano) and Dance (Folkwang University of the Arts). She was a member of the company NEUER TANZ (Germany) under the direction of the visual artist and photographers V.A.Wölf. Since 2005 she realizes KUNSTAKT / ONEN and WBILD Improvisations. As co-founder of the art collective WE ARE LOOKING ON A MEADOW AND LISTEN TO THE INSECTS AT OFFICE, they realized site specific performances. Since 2014 she lives in Hamburg.

I would like to propose a reflection on the space of the window display and its relationship with the spectator. I have been working for a long time with domes, glass cabinets, Plexiglas cubes in the creation of my installations. What interests me is how these displays cut the surrounding space, separating the exhibit inside from the rest of the outside world, creating a timeless space.
For this work I will create a series of sculptures by working with cubes and plates of glass and Plexiglas. These sculptures will be exhibited on a large table as a series of scientific tests.

(Bio)
After he accomplished his classical piano studies at Conservatorio « G. Verdi » in Torino (I), Gianfranco Celestino studied dance at the « Folkwang Hochschule » in Essen (D). In 1999 he studied in Venice at « Accademia Isola Danza », directed by Carolyn Carlson. In the same year he received the scholarship to take part into the « Dance WEB » programme at Wiener Tanz Wochen in Vienna. In 2012-2013 he has taken part in Masterclasses with Rosalind Crisp and Andrew Morrish. He has worked, between others, with Les Ballets C. de la B. (B), Unit.Control (L), ARAZZO Tanztheater (D). Since 2002 he works on his own choreographic ideas. Since 2015 he teaches Contact Improvisation in Luxembourg. 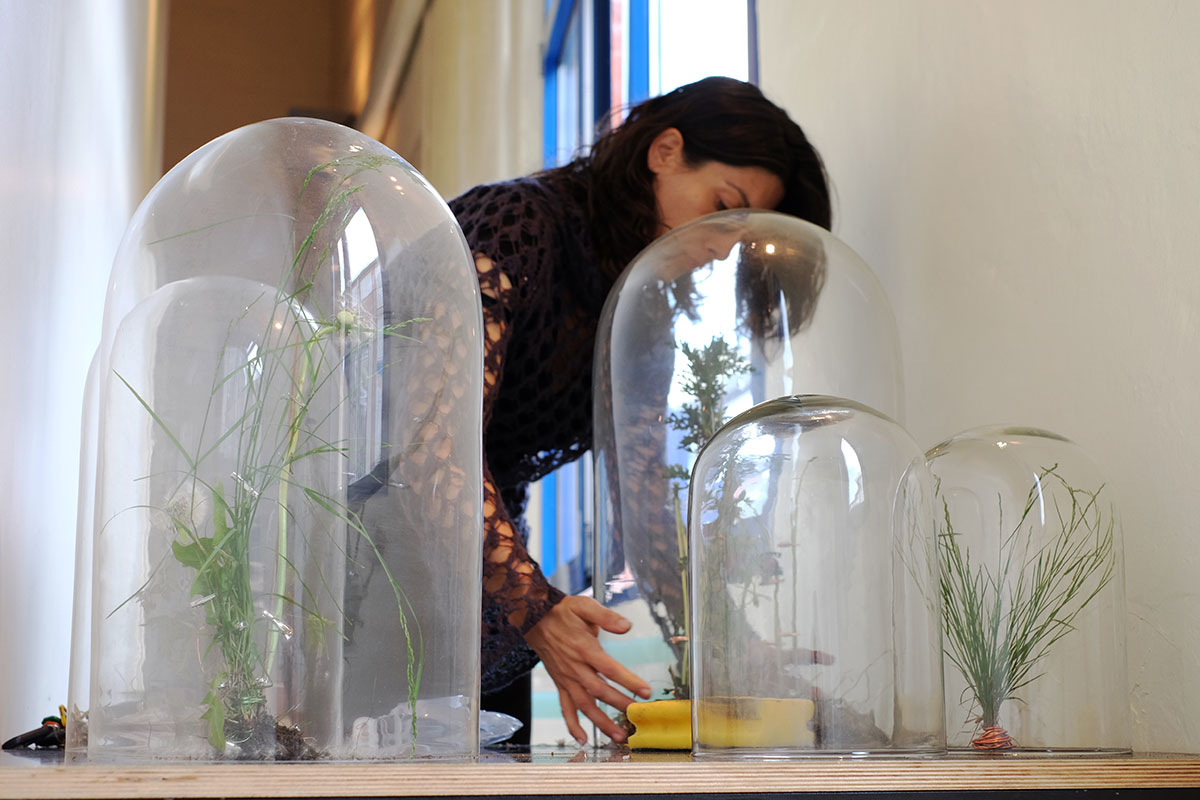 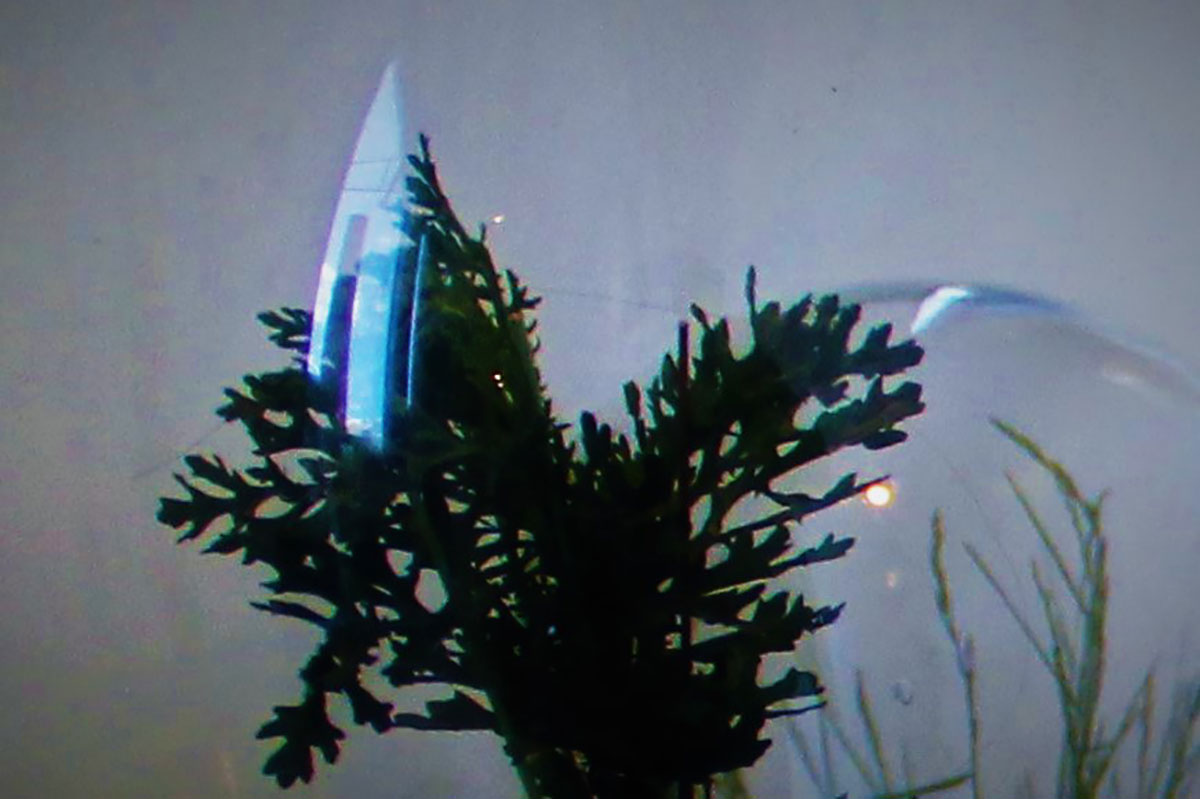 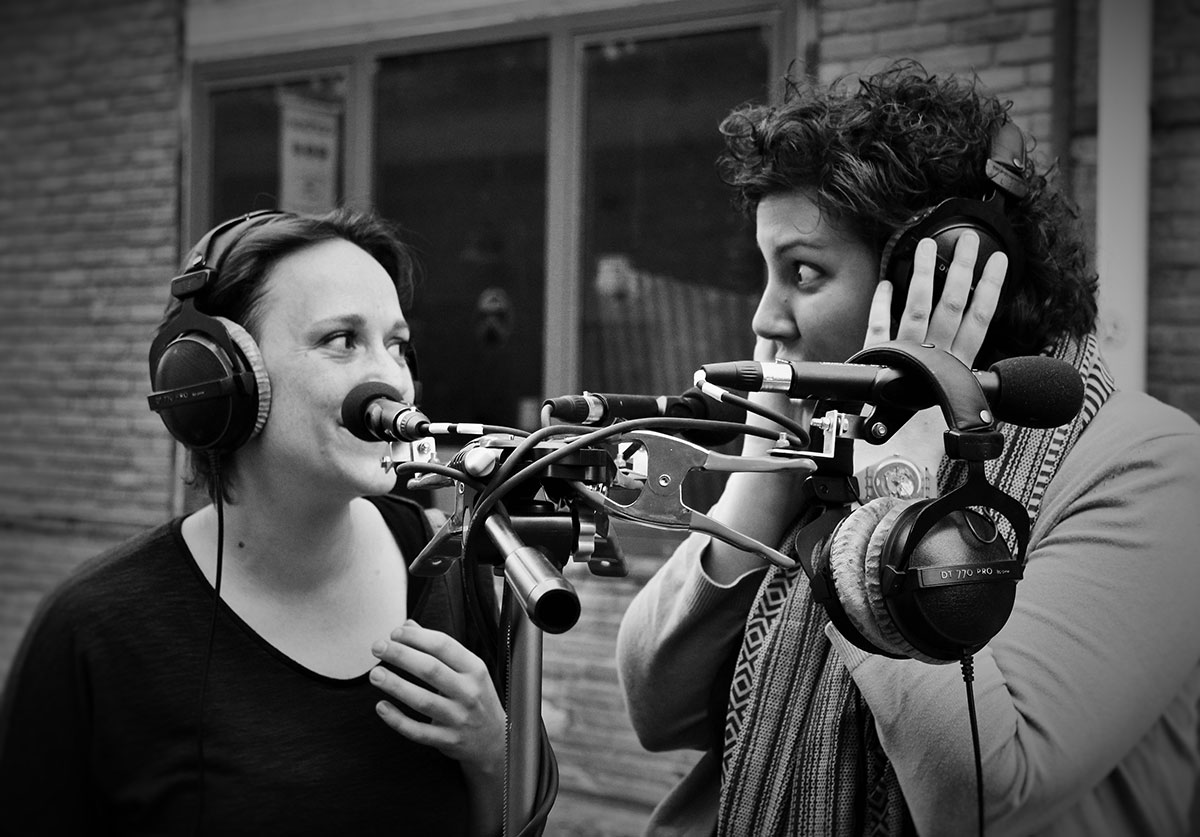 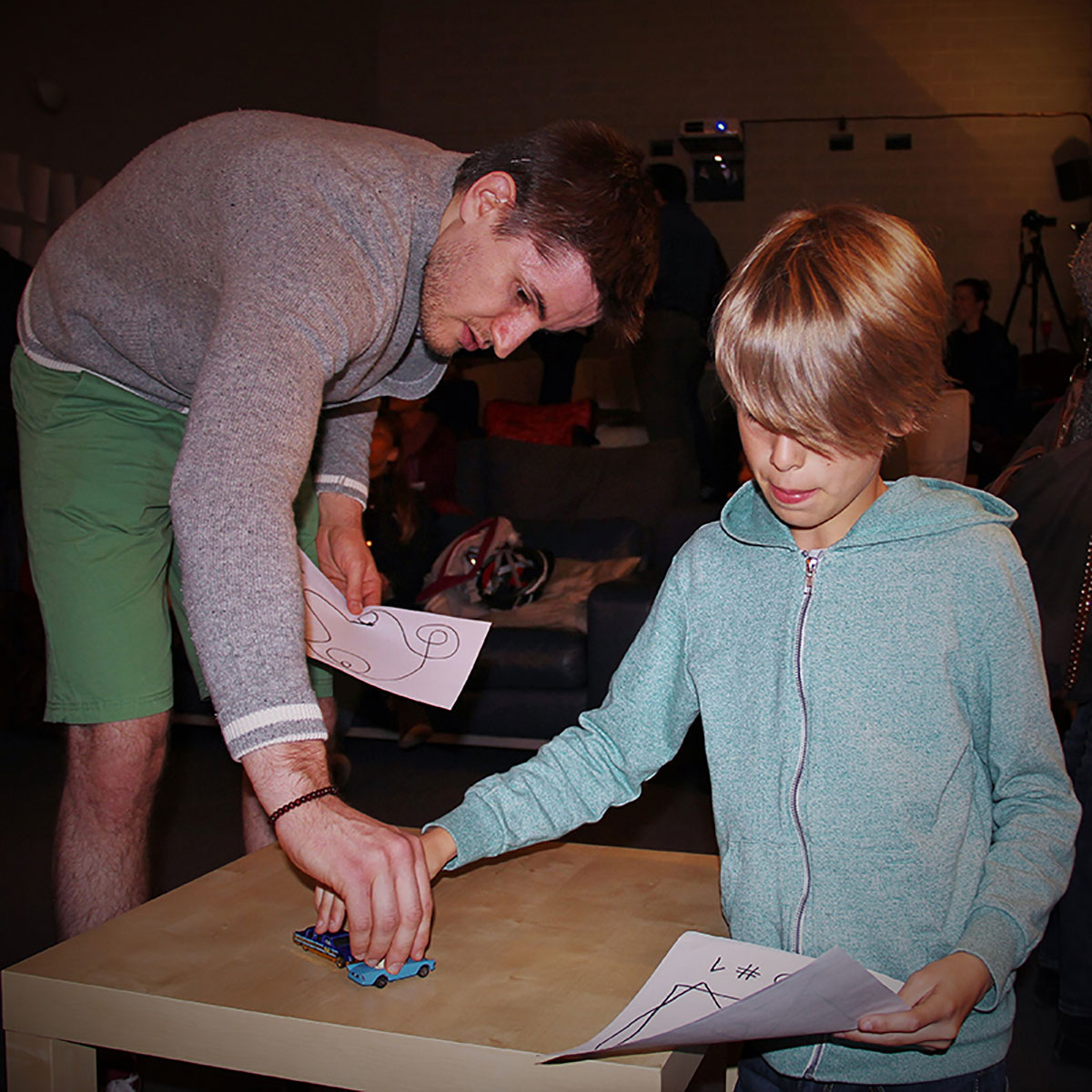 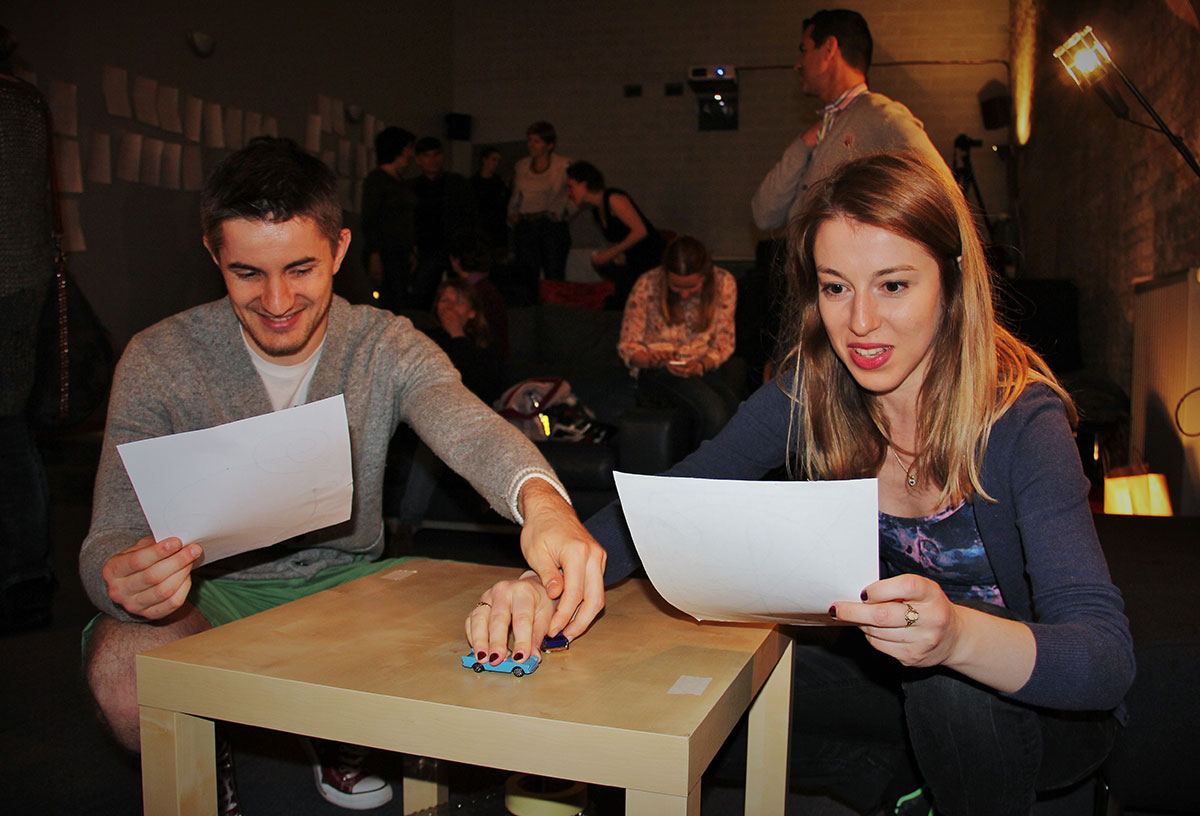 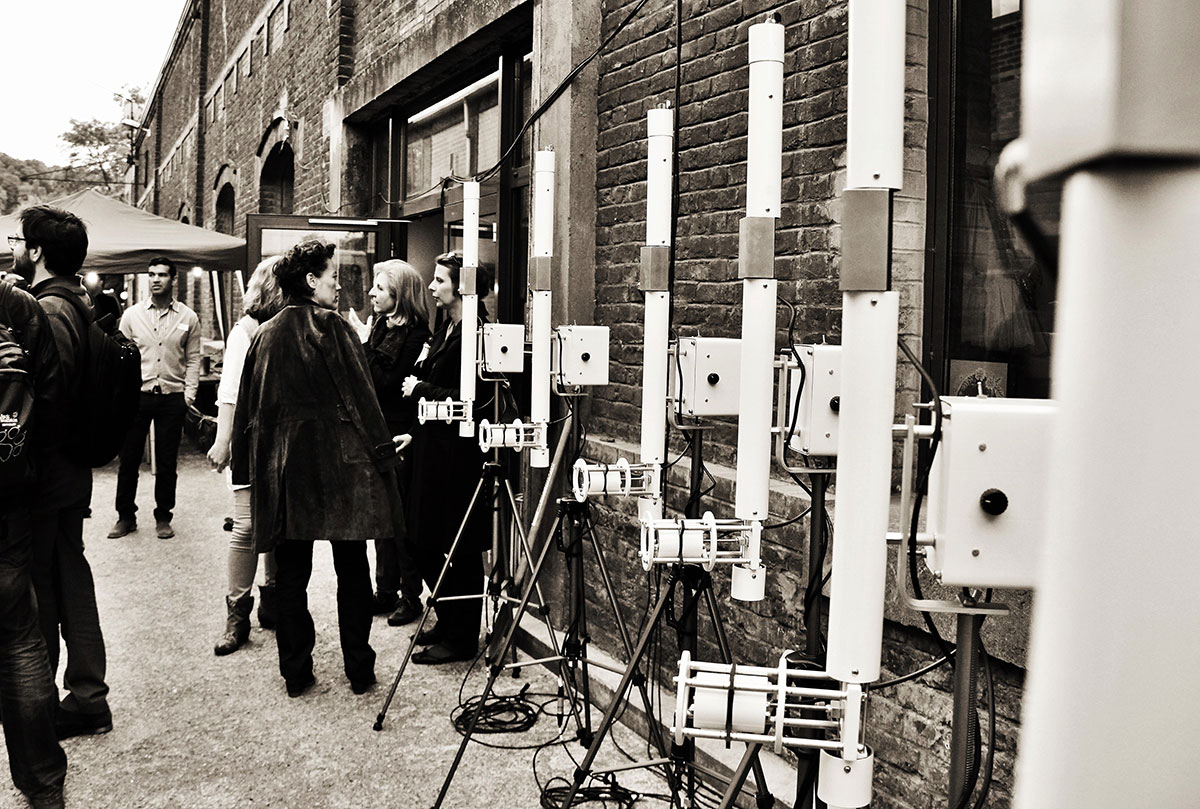 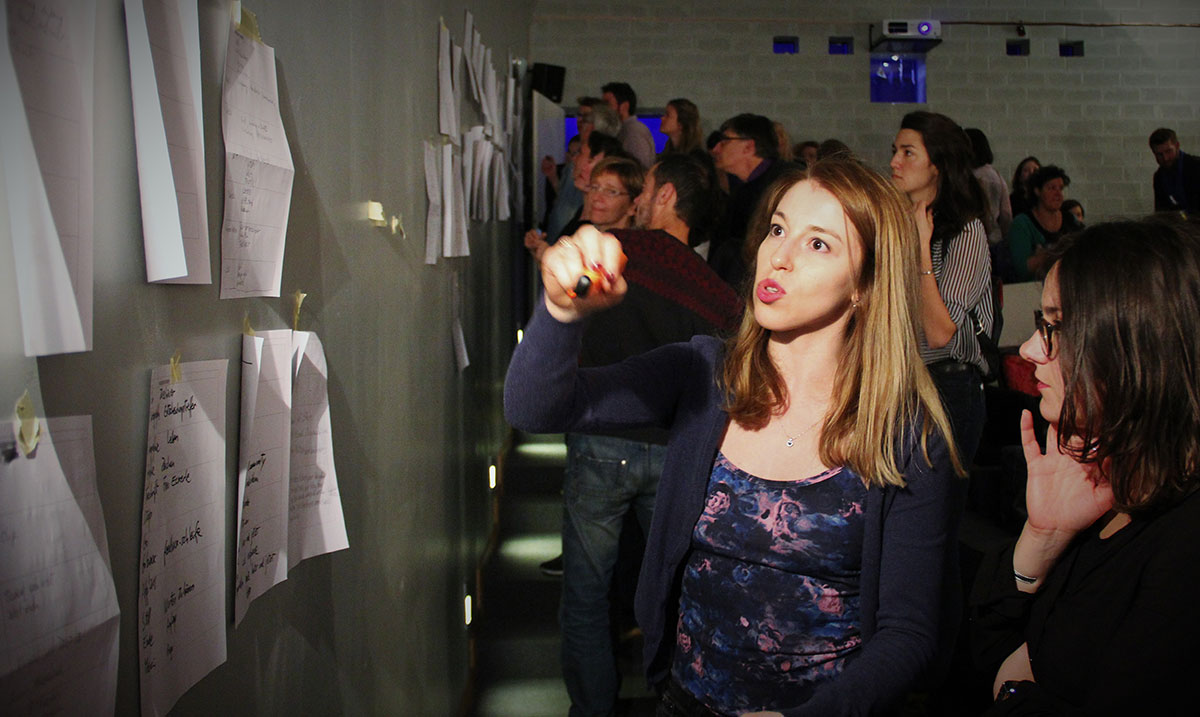 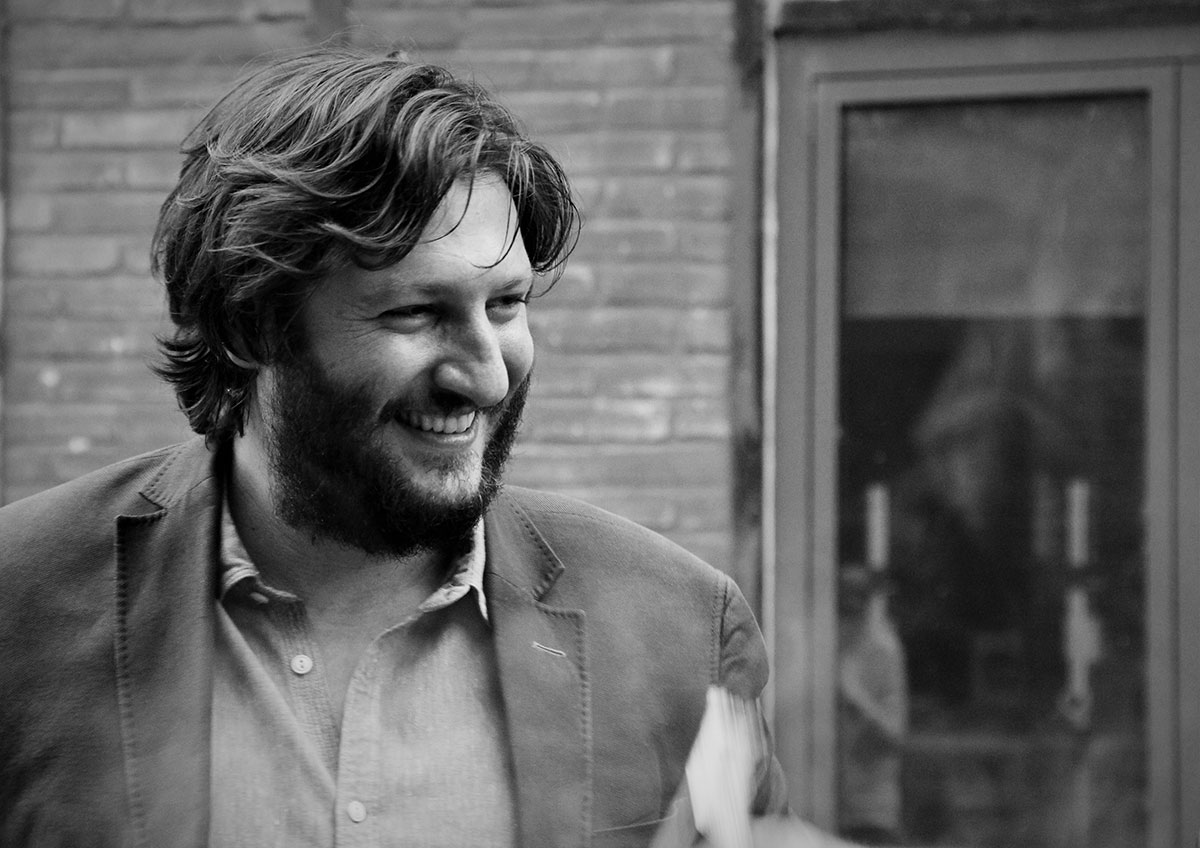 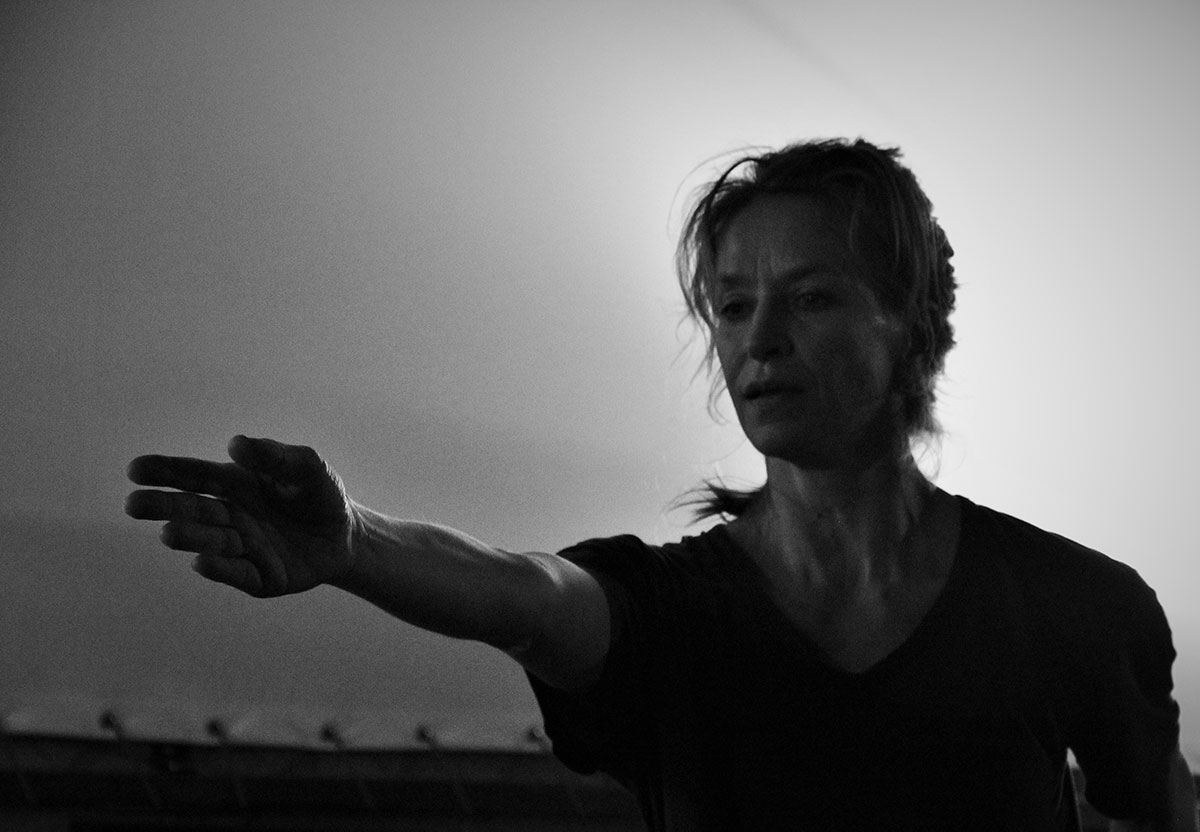 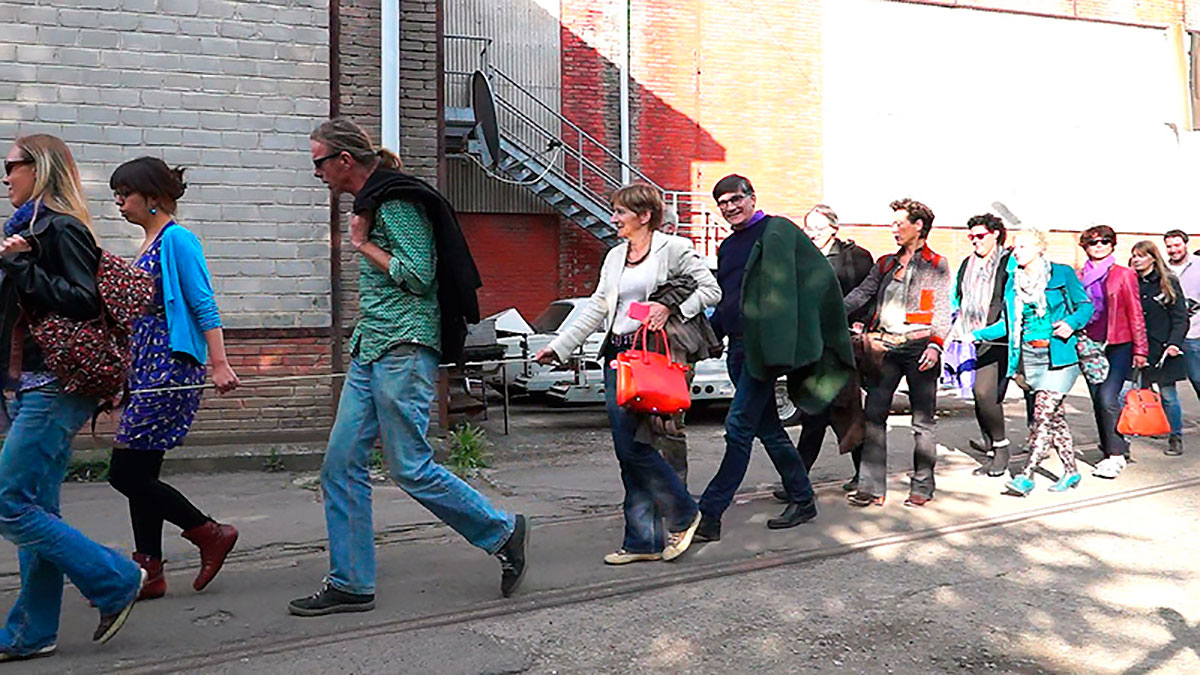 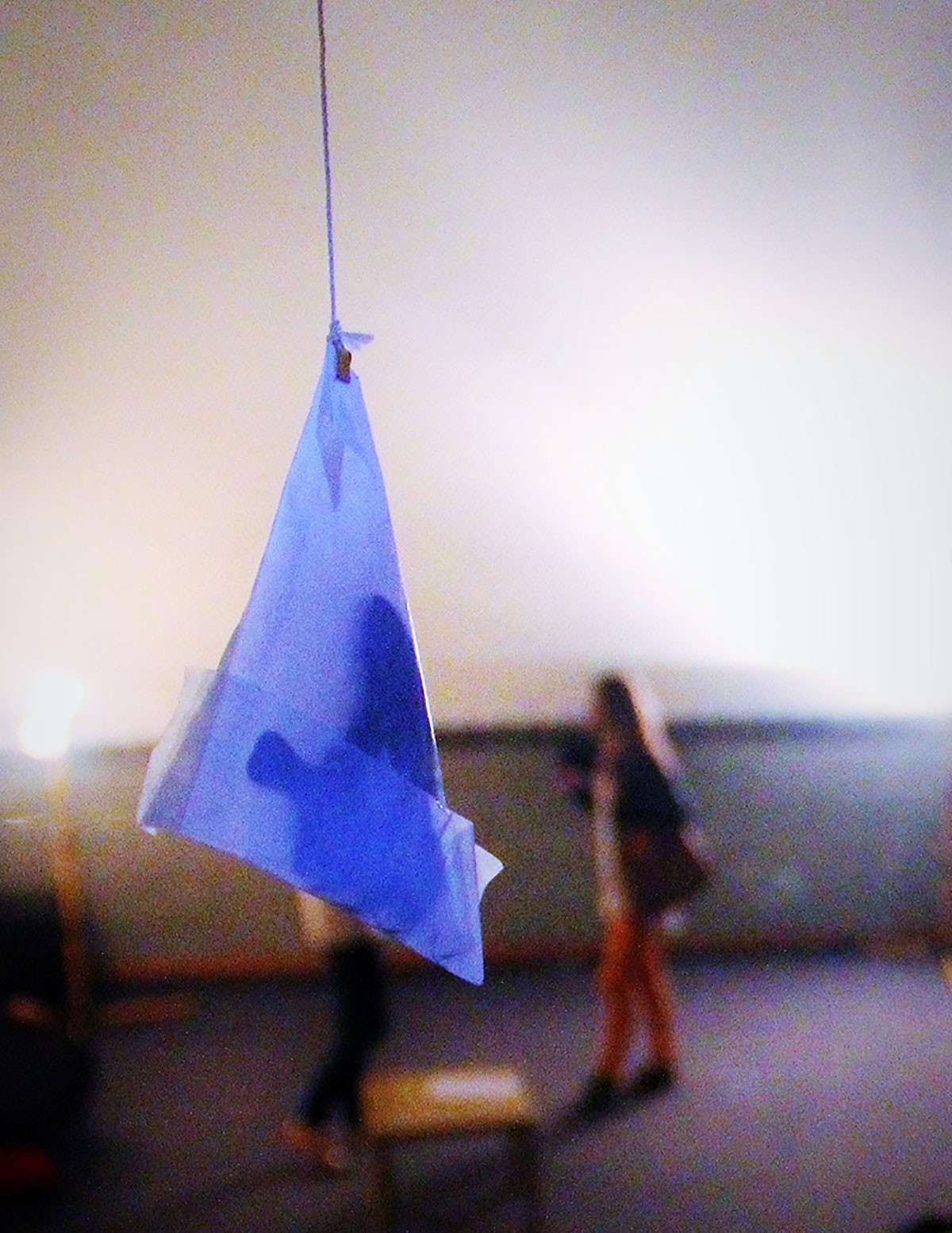 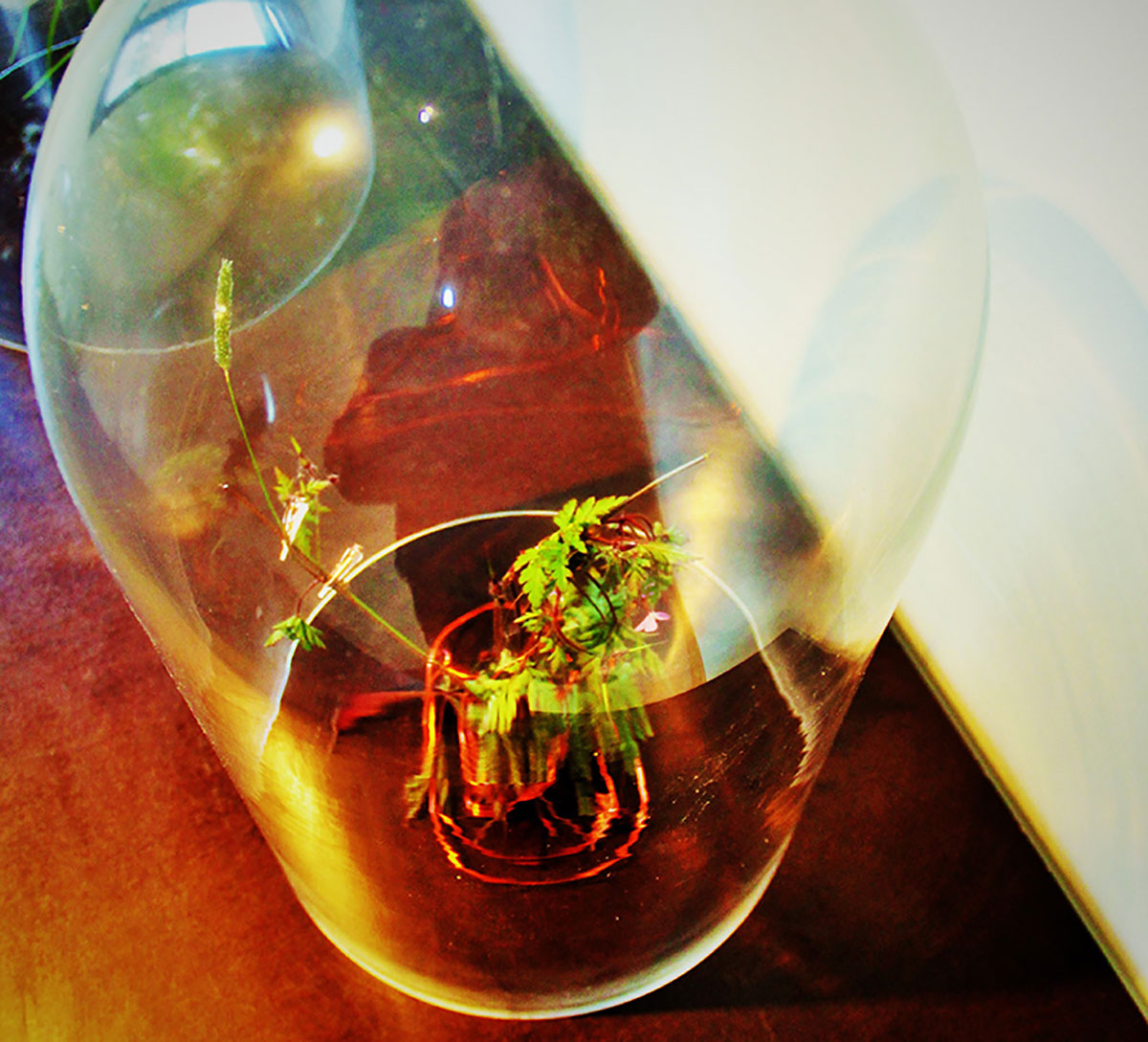 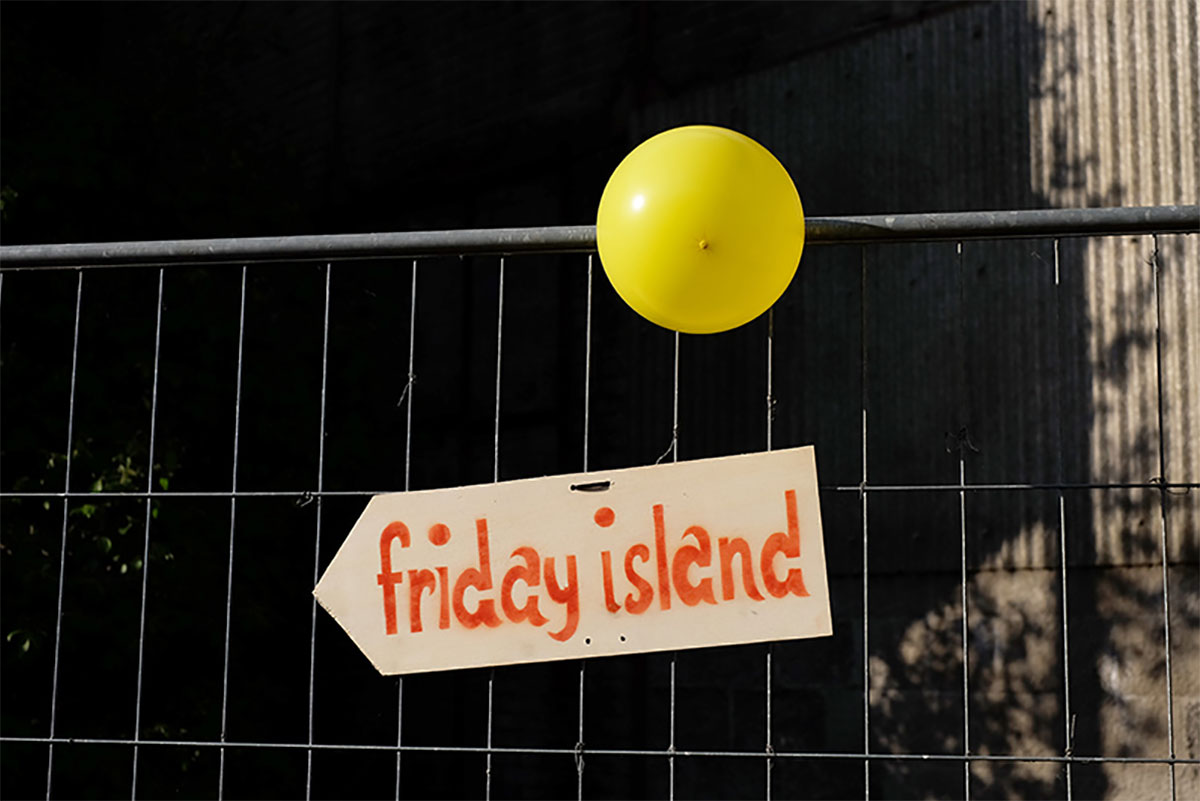